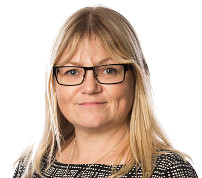 All admission authorities must formally determine the admission arrangements for all of their schools for the 2022 intake by 28 February 2021.

Some admission authorities will have consulted on proposed changes to the admission arrangements for their school, and will therefore need to consider all responses received, before they can move on to determination.

This duty falls to the admission authority itself (ie the academy trust in a single or multi-academy trust, the governing body of a foundation or voluntary aided school, or the local authority for a community or voluntary controlled school). Some or all statutory tasks, however, can be delegated to a local governing body and/or admission committee of trustees and/or governors (referred to as the "Committee" hereafter). These statutory tasks cannot, however, be delegated to school staff, including the Headteacher.

Provide the Committee with All Responses

Before considering the responses received during consultation, the Committee should ensure that they are provided with all responses received. This is because the Committee must consider comments made by consultees, rather just the numbers for or against a proposed change. A single comment could point out an error, highlight an unforeseen and unintended unfairness, or make a sensible suggestion, which may require action before the admission arrangements are finalised ahead of determination.

The Committee must keep in mind that key changes that have not been consulted on cannot be made. For example, a feeder school could not be named just because several consultees asked for this - this would need to wait until the next consultation window opens on 1 October 2021. Tweaks to wording due to responses received or suggestions made by consultees may be made, as long as they do not fundamentally change how or to whom places are allocated. This can be fairly nuanced, and we would encourage Committees to seek legal advice if they are unsure whether an amendment can potentially be made in a lawful way without explicit consultation.

Decide Whether to Adopt the Proposed Changes

Once all responses have been considered, the Committee must decide what, if any, of the proposed changes to proceed with, whether there are any last-minute amendments to make (taking into account the information provided above) and then finalise the admission arrangements before they can be formally determined. The term 'admission arrangements' includes not only Admission Policies, but all admission-related documents such as catchment area maps, supplementary information forms, faith certificates, and in-year/sixth form application forms.

Although not an explicit legal requirement, the Committee may want to consider preparing a decision notice setting out an outline of the responses received, the decisions it made and the reasons for these, and publishing this alongside the determined admission arrangements. This is particularly the case where there were a number of proposed changes, some changes were adopted and others weren't, or the consultation was contentious in any way.

For further advice and support on your school's admission arrangements, please contact Yvonne Spencer (020 7665 0870) or Joanna Goddard (020 7665 0805) in the Regulatory Compliance team, or complete the form below.