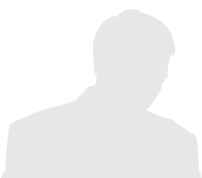 As many are aware, Ofsted resumed its full inspection activity this year and are extensively inspecting schools up and down the country.

We know that inspections can be quite a stressful experience for schools and often the outcome of inspections are uncontroversial - but what happens when a school is unhappy with the outcome of an inspection? In this article, we will take a closer look at Ofsted's complaints procedure.

Ofsted changed its complaints procedure in September 2020 and some providers and representatives remain unaware of the new changes.

The previous complaints procedure caused a lot of difficulties for providers wanting to challenge the outcome of an inspection as the report would not be withheld from publication pending the outcome of a complaint. This would often mean that providers had to spend a lot of time and money in legal fees to try and obtain an injunction for the prevention of publication with evidently mixed success.

The new process automatically prevents the publication of a report until Ofsted has concluded its decision under the 'step two' complaint stage.

The first step of a the complaints process is to informally raise any concerns with the inspector whilst they are on site in the course of an inspection. This may allow for concerns to be resolved quickly and informally.

After the conclusion of the inspection, providers will receive a draft report usually within 15 working days. This is a further opportunity for the provider to feedback into the final report.

The lead inspector will review the feedback received from the provider when finalising the report and a 'final' report will be issued thereafter. If the provider remains unhappy after receipt of the final report, then they may proceed to a formal complaint under Step two.

If the Step one complaint does not resolve the provider's concerns then the next step is to raise a formal complaint. An online complaint should submitted within 5 working days of the final report or after the regulatory event if the outcome is not published. This is a very tight time line as evidence will need to be gathered to support the claim and so schools should plan ahead as early as possible.

Complaints regarding anything else, such as the conduct of an Ofsted representative, should be submitted within 5 working days of the incident. It is strongly advised that providers make full use of this opportunity and to ensure that the relevant decision makers within the organisation are available to provide input into the complaints process such as their feedback from the 'keeping in touch meetings' and their notes made during the inspection.

Ofsted aims to respond within 30 working days of receiving the Step two complaint although in practice it is often sooner. The complaint outcome will consider the issues and provide a conclusion on whether each aspect of the complaint is upheld, rejected or a decision cannot be made.

The publication of the inspection report will be withheld whilst Ofsted considers the complaint. This will prevent a potentially flawed report from entering the public domain whilst the complaint is resolved  The report will normally be published shortly after the conclusion of the Step 2 complaint. If a provider remains dissatisfied at this stage then it may be relevant to consider the legal options.

The final step is an internal review on how the complaint was handled. Escalation of a complaint at this stage will NOT withhold publication of an inspection report. In our experience, this step very rarely leads to a decision at step two being overturned. It is merely a review to consider how the Step two complaint was handled and whether the procedures were followed. New concerns and further evidence are not usually considered at this stage.

For the purposes of judicial review, step three is not an alternative remedy so providers should not wait until the conclusion of this step when considering taking legal action. The report may have been published by this stage and any harm would have already been done.

How Can We Assist?

We regularly advise on draft inspection reports and assist schools and academy trust leaders to navigate this often time-pressured and rigorous process.

For more information please contact Ahmed Khan in our Regulatory Compliance team on 020 7665 0968, or complete the form below. Ahmed recently joined us from Ofsted where he was a litigation lawyer and often dealt with complaints from inspected schools.