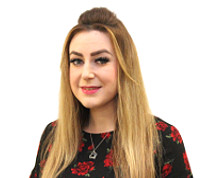 Are you considering making changes to your academy? Or are you a church school converting to academy status? If so, you will need to be aware of the recent changes to the Department for Education (DfE) guidance.

The DfE recently updated its guidance applicable to those academy trusts considering changes to any open academies (including closure). In addition the DfE has updated its model Church Supplemental Agreement. Here, we consider some of the key changes arising out of these updates.

Most notably the guidance now recognises that, in certain circumstances, closure of an academy can be the most appropriate course of action in order to deliver good school places and support better educational outcomes, as well as long term financial sustainability.

Part B sets out a mechanism for the closure of an academy by way of mutual agreement between the academy trust and the Secretary of State (SoS). In all circumstances, the SoS must agree to the termination of the funding agreement before an academy can close.

The circumstances in which an academy trust might ask the SoS to agree to closure include where an academy:

There is a requirement for the academy trust to work collaboratively with its Regional Schools Commissioner, local authority and, where the academy is designated with a religious character, the trustees of the academy site and/or the diocese. The guidance also explains the process and the factors to consider when thinking about closure.

In addition to being rated 'good' or 'outstanding', to apply for a significant change without a full business case, academies must now also:

We expect this change in criteria will significantly reduce the number of applications that will be able to progress through the fast track route. However, whilst the updated application form now asks for an academy's Progress 8 score, it is not clear how the other criteria will be measured.

A Church Supplemental Agreement is a legal document used by church schools when converting to academy status.

The main change within the new models relates to 'creationism'. Creationism was previously defined as "any doctrine or theory which holds that natural biological processes cannot account for the history, diversity, and complexity of life on earth and therefore rejects the scientific theory of evolution". In addition, the previous models specifically prevented creationism to be presented to pupils at an academy as a scientific theory. There is no longer reference to creationism in the new Catholic and Church of England model CSAs, being in line with the fact that the topic was never part of the curriculum, for either Church of England or Catholic schools.

Instead, the new model recognises the academy's funding agreement clauses which prohibit the teaching, as scientifically proven fact, of theories which are contrary to scientific evidence and that academies (including church schools) must teach evolutionary theory. This does not, however, preclude the teaching of evolution being done so in accordance with the tenets of the Church of England or the Catholic Church.

How are these updates affecting your academy? Contact Rosie Phillips in our Education team on 0117 314 5695 for more details.