Governance Update - Do Your Governance Arrangements Align with DfE Policy? 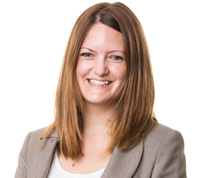 In July we wrote to you about the importance of reviewing your governance arrangements (particularly your Articles of Association) and the need to consider the latest DfE policy and requirements.

Since our earlier article, the DfE has updated its Governance Handbook and published a new document entitled Academy Trusts: Structures and Role Descriptors which sets out clearly their expectations on academy governance.

DfE policy in this area isn't new; some of which has previously been reflected in updates to the DfE model Articles, but this is perhaps the clearest statement of their policy to date. In addition, the absolute prohibition on employees as members which takes effect from 1 March 2021 is requiring several trusts to take action.

What Does This Mean for You?

You might be aware that as a matter of good practice and as a contractual requirement under the Academies Financial Handbook, trusts should be carrying out governance reviews in some form, annually. This review should consider the extent to which the arrangements align with DfE policy and applies equally to single academy trusts (SATs) and multi-academy trusts (MATs).

We are, however, noticing that it is the SATs which are most particularly affected by the DfE's policy requirements, particularly those that were single converters between 2010 to 2013 under the coalition government.

What Do We Need to Be Looking out For?

In order to be in line with the DfE policy (and noting that there will be variations for faith academies and co-operative academies for example), we recommend that you consider updating your Articles if:

What Points Might We Need to Be Mindful in the New Documentation?

There are a few statements in the new documentation on which we would urge caution:

What Overarching Principles Should We Bear in Mind When Reviewing Our Arrangements?

For more information, please contact Chloe Brunton on 07920 281889 in our Academies team for a free-of-charge conversation, or complete the form below.