The Education and Adoption Bill 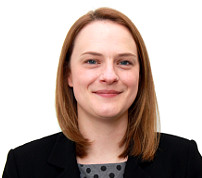 The legislation behind the concept of 'coasting' schools is making rapid progress through Parliament.

The Education and Adoption Bill (the Bill) was first presented to Parliament on 3 June 2015 and the Committee stage in the House of Commons was concluded on 14 July.

In this article we highlight some of the details behind recent media headlines and consider the practical implications for schools.

Secretary of State Intervention in a Maintained School

What is the definition of a coasting school?

The Bill refers at clause 1(2) to the Secretary of State having the power through regulations to define what 'coasting' means. On 13 July 2015 the illustrative regulations, The Coasting Schools (England) Regulations 2016, were published.

The illustrative regulations will accompany the Bill through the next stages through Parliament and expressly apply only to maintained schools.

Regulation 4 provides that a secondary school will be a coasting school if it meets the coasting criteria for three successive years. The coasting criteria for 2014 and 2015 are likewise based on the same school performance measures used to set the 'floor standards' for secondary schools. The secondary coasting standard for 2016 and successive years will be based on a level above the floor standard of -0.5 for the Progress 8 measure, planned to be introduced for all schools in 2016.

Find out more about the coasting schools definition.

A declining role for the local authority and the governing body?

Governing bodies would no longer have the right to make representations to the Chief Inspector about a warning notice. Similarly, clause 3 removes the right for governing bodies to make representations to the local authority about a warning notice about teachers' pay and conditions under section 60A of the Education and Inspections Act 2006.

The Role of the Regional Schools Commissioners

In the DfE's press release 'Hundreds of coasting schools to be transformed', is the explanation that the eight regional schools commissioners, supported by elected head teacher boards from the local community, will assess whether the identified coasting schools have a credible plan to improve and ensure all children make the required progress. Those that can improve will be supported and those that cannot will be converted to academies under the leadership of an academy sponsor.

Significantly the Bill would amend the Academies Act 2010 to require the Secretary of State to make an academy order if a maintained school was eligible for intervention (see sections 61 and 62 of the Education and Inspections Act 2006 - schools requiring significant improvement or schools requiring special measures).

The requirement to consult before conversion would be limited by the Bill, so that:

Where an academy order is granted in respect of a school eligible for intervention, the governing body of the school and the local authority must take all reasonable steps to facilitate the conversion (clause 10). The Secretary of State may also give directions to the governing body or local authority to facilitate the conversion.

Interestingly, the Bill envisages a mixed menu of options for building capacity to drive school improvement.

Clause 4 refers to a maintained school that is eligible for intervention entering into arrangements:

The Bill makes no provision for tackling coasting academies which fall under the ambit of the regional schools commissioners. These academies are likely to be supported by stronger academies or as part of a MAT, or may be given new sponsors.

For further information or a free initial confidential discussion about your school's strategic plans, please contact Jaime Hobday in our Academies team on 0121 227 3703.