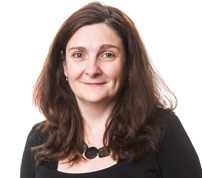 The Ministry of Housing, Communities and Local Government has recently published a consultation about powers for dealing with unauthorised encampments on land.

Schools often have large outdoor spaces, such as playgrounds and playing fields, which greatly enhance the school's surroundings and the activities that they can offer to their students.

However, such spaces are often difficult to secure and so become an attractive target for unauthorised encampments, such as illegal raves, protests and traveller camps. Unauthorised encampments can pose real problems for schools, who will need to take back possession of the site as quickly as possible.

Public bodies and private individuals already have a number of options available to them to remove trespassers. Unfortunately, none of these offers a perfect solution. The government therefore wants to know what could be done to make it easier to remove unauthorised encampments.

Local authorities and the police have the power to direct trespassers to leave land in certain circumstances, for example, where the trespassers are threatening the occupiers of the land.

Unfortunately, at times of increasing pressure on public resources, local authorities and police forces are often reluctant to exercise these powers. This leaves schools to take steps of their own to have the trespassers removed.

Schools can also try to obtain an emergency injunction against the trespassers. However, courts are reluctant to grant injunctions unless there is a real urgency (such as a risk of injury).

The consultation closed on 15 June 2018. We will keep you updated on the outcome.

Do you need advice about trespassers on your land? Please contact Michelle Bendall in our Property Litigation team on 0117 314 5326.