Collaborating and Clustering - the Name of the Game 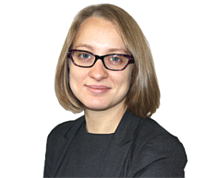 The aerospace and defence sector thrives on innovation, supply chain cooperation and the increasing convergence of technology.

This is often a driver for businesses to cluster and co-locate in a specific area. Setting up such a cluster can be a major real estate project. It is worth thinking carefully about how to structure such arrangements and how to protect the investment in the land.

The Benefits of Getting Along

There is significant backing for geographical clustering. Clear benefits have been identified in terms of increasing the competitiveness of the national or regional economy. This is achieved through facilitating collaboration between companies and research stakeholders.

The most recent European Union report on the subject found that other forms of regional development and collaboration were becoming more popular at the expense of formal clusters. It found that what set clusters apart was that their management was increasingly of a very high calibre, focused on excellence.

The Brand of the Land

If you are involved in developing a major cluster or other development, is it worth protecting the name of the site?

There can be significant investment in a brand. It is sensible to minimise the risk of a name being misused once established.

This point occurred in a recent case where the owners of Canary Wharf sought to register a trade mark in relation to the business district.

It was noted that the name 'Canary Wharf' itself dated back to the 1930s, when part of the quay on the West India Docks was used by the Fred Olsen Shipping Company, to import fruit from the Canary Islands. The present district, of course, now covers a greater area, dating from the major re-development of the late 1980s.

The Court held that Canary Wharf was now perceived as a wider area, rather than a single development site or estate. However, it does seem likely that if Canary Wharf had been registered as a trade mark at the time of the re-development (and before the general public knew it as a business district containing a cluster of similar undertakings), the result might have been different.

Accordingly, those involved in clustering projects should bear in mind that it might be vital to register the name of the cluster as a trade mark early on, to qualify for protection in case the name becomes synonymous with the surrounding area.

How We Can Help

We can advise on all aspects of clustering, including the overall structure, the commercial aspects and the arrangements with the land.

If you wish to discuss any of the issues raised in this article, please contact Gemma Pouncy in our Aerospace and Defence Team on 0117 314 5300.