Delays in the Supply Chain 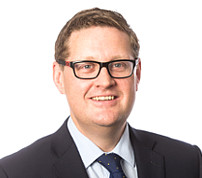 Thai Airways ('Thai') was awarded damages of over $100,000,000 in a Judgment by the High Court dated 11 May 2015 in its claim against K1 Holdings Co Limited ('Koito') arising from delays in its aerospace and defence supply chain.

Thai's claim arose from losses suffered by it as a result of delays in the supply of economy class seats for installation on 8 new A330-300s and 6 new B777-300s which were otherwise ready to be put into service. The damages included the cost of Thai leasing replacement planes to mitigate against delays in the entry into service of their new planes due to Koito's breaches.

Amongst other things, the judgment highlights the dangers of delay in an aerospace and defence sector supply chain by demonstrating how rapidly significant losses can accrue and how complex the calculations of loss can be.

The Principle of Mitigation

Companies facing a loss must take reasonable steps to mitigate their position and prevent further losses from arising.

When a court assesses damages, a party that has mitigated its loss will be given credit for monetary benefits received by it (either now or in the future) as a result of its mitigating action. The claimant can only recover actual losses that it has incurred or will incur as a result of the breach.

If a party cannot show that it has made reasonable efforts to mitigate its loss, the court is likely to limit any award damages to the losses that the party would have been likely to incur had it mitigated its position.

Mitigation in this Case

Thai's claim was for damages of over $160,000,000 for losses arising whilst its 14 new planes were unable to operate.

The Court did not award damages at this level because this figure did not take into account the benefits that Thai had obtained as a result of the steps it had taken to mitigate its losses.

Thai's mitigating action included (1) the hiring of replacement aircraft until its own planes could be used; and (2) the sourcing and purchasing of economy class seats from alternative suppliers. It was found that:

Koito successfully argued that profits made by Thai from operating the leased aircraft had to be deducted from any damages award.

Koito also argued that Thai should account for any savings made by using the alternative seats purchased for the new aircraft which were more expensive, but lighter, than the seats which Koito was supposed to provide. This was because Thai will use less fuel as a result of the installation of lighter replacement seats and will therefore benefit from fuel savings. Accordingly the Court reduced the damages awarded by a further $1.8 million, the fuel savings that it was forecast Thai would make due to the lighter seats being installed.

Mitigation is an important principle whether dealing with delays to an aerospace and defence supply chain or any other dispute giving rise to a financial loss.

VWV can advise on all issues arising from such disputes including mitigation so that losses can be minimised and prospects of a full recovery of losses incurred can be maximised.