Will large employers be required to fund apprenticeship schemes? 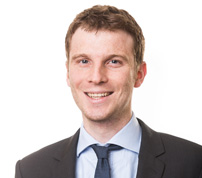 The skills shortage in the UK - particularly in the engineering sector, is a perennial issue for employers in the Aerospace and Defence sectors.

The skills shortage in the UK - particularly in the engineering sector, is a perennial issue for employers in the Aerospace and Defence sectors.

The government has proposed that a levy be developed in order to provide funding for the long term training of apprentices. It is currently proposed that employers will receive vouchers, via an online allocation system, in order to help fund apprenticeship training in circumstances where the apprentice is 16 years old or over. This would be part of a broader digital system that enables employers to advertise vacancies, search for applicants and engage registered providers to provide training for their apprentices.

All employers, whether they pay a levy or not, will have direct control over how the money will be spent, with employers expected to 'get back more than what they put in'.

The actual levy rates will be announced in the government's spending review this autumn. The government currently propose to calculate the levy to be paid based on the employer's number of employees, through reviewing the employer's PAYE returns to HMRC.

Employers who already pay training levies will be consulted as to whether they will continue to pay this on top of the new apprenticeship levy. If implemented, this could significantly increase an employer's training costs.

If you would like more information on this topic, please contact Mark Stevens in our Aerospace and Defence Team on 0117 314 5401.