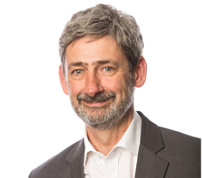 Early in 2017, Care UK, which operates the Shepton Mallet NHS Treatment Centre identified that a group of patients operated on by one of their surgeons, Mr Oliver Schindler, appeared to be experiencing a prolonged recovery from hip replacement.

The Shepton Mallet NHS Treatment Centre provides services to the NHS under contract including hip replacement surgery and aftercare.

The Medical Director of the Shepton Mallet centre investigated the circumstances of around eighteen cases where hip replacement operations had been complicated by significant weakness of the hip abductor muscles. The review found that all of the patients in this group were left with difficulty or inability to walk without walking aids such as a stick or elbow crutch. Sixteen of those patients were found to have significant problems and were said to be unhappy with the outcome. Some patients have undergone further operations but for some no remedial surgery is possible. The report records that while Mr Schindler saw all of his patients personally for post-operative follow up, and in some cases identified problems, he appeared not to have explained the nature of the problem or the significance of the consequences. In some cases patient were left with very serious disability and loss of independence which greatly overshadowed any pre-operative difficulties. Discrepancies were also found in post-operative medical records between what the patients were reporting and what the surgeon had recorded.

The Medical Director stopped Mr Schindler from doing hip replacements and he resigned and left the unit in November 2016. The Medical Director's report concluded that in at least fifteen cases the weakness was caused entirely by Mr Schindler's surgery and in the others it was a significant contributory factor. His complication rate during 2016 was 14% which was considered unusually high. A number of patients are taking legal action against Care UK and the NHS for the very serious disabilities they have been left with as a result of their operations at the centre.

Jonathan Peacock , Partner with Augustines Injury Law has advised four members of the affected group. Two claims have already been notified to Care UK and NHS Resolution on behalf of our clients. The cases are being funded by way of Conditional Fee Agreements and have been risk assessed positively by our 'After The Event' insurers who have agreed to back the claims. Claims will include damages for pain and suffering together with substantial costs for care and support, aids and equipment and necessary adaptations to property arising out of loss of independence and disability.