Brexit Day - What Does It Mean to Have Left the EU? 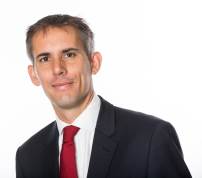 Plans for Post-Brexit Immigration: They've Rebadged It You Fool!

Brexit Day - What Do You Need to Change in Your Contracts?

It has taken a little longer than was expected in 2016, and the process hasn't been an entirely smooth one, but at 23:00 today (or, for the Europhiles, 00:00 on Saturday 1 February) the UK and the EU will 'get Brexit done'.

It has been very well-rehearsed by politicians and the media that 31 January only marks the end of stage one, and that the next stage - agreement on the 'future relationship' - may be even more challenging than settling the Withdrawal Agreement. For as long as those negotiations continue, the uncertainty for many UK and European businesses which has been a feature of the last few years will continue.

But what will change at 23:00 this evening? What does it mean from a legal perspective to be outside of the EU? And what will be the immediate practical effect (if any) on UK businesses and citizens?

There are some areas which we recommend that you think about, if you haven't done so already - for example in relation to your commercial contracts, and immigration matters. But in terms of the laws that apply in the UK, and the immediate practical effect on UK businesses and citizens, not much will change.

Instead, under the Withdrawal Agreement (and the associated European Union (Withdrawal Agreement) Act 2020) those provisions of the European Communities Act which give effect to European law in the UK are preserved. That means that existing EU law, and any new laws that come into force in the EU during the transition period (currently due to end on 31 December 2020), will apply in the UK just as they would if we remained a member state.

Although no longer a member state, the Withdrawal Agreement provides that - during the transition period - we will still be treated as a member state. The UK will still participate in the Single Market and Customs Union. The 'four freedoms' - for movement of people, goods, capital and services - will continue to apply. Decisions of the European Court of Justice will continue to be binding in the UK.

What About at the End of the Transition Period?

If you ignore the elephant in the room of the 'future relationship' trade negotiations, even at the end of the transition period, any change in the body of law which applies in the UK is likely to be gradual.

So the effect of the Withdrawal Agreement and associated legislation is that we're no longer members of the European Union, but - even after the end of the transition period - most EU-originated laws will remain in place in the UK (albeit through a different mechanism).

Of course, you can't really ignore the elephant in the room of the 'future relationship' trade negotiations. But at the moment, we have no idea what the elephant looks like, or how friendly it is!

Business as Usual Then?

To a large extent, in the short term, yes. On a day-to-day basis, there is unlikely to be an immediate practical effect of the UK ceasing to be a member state of the EU. But in the past three years, 'business as usual' has included 'uncertainty as usual'.

Throughout the transition period, it seems likely that uncertainty over the UK's long term trading relationship with the EU will continue in much the same way as it has since 2016.

A change to the final version of the European Union (Withdrawal Agreement) Act 2020 prevents any agreement to push back the end of the transition period (although in theory, Parliament could amend that law to give the government more time to reach an agreement). Even if an extension was required, the Withdrawal Agreement requires any extension to be agreed with the EU before 1 July 2020 (although again, that deadline could also be extended).

With or without Big Ben's bongs, today will be a defining moment for the UK. The UK's tenure as a member state of the EU will be formally ended, and the process for the UK stepping away from EU laws and oversight was put in train.

But on a practical level, to most UK businesses, what does it mean to have left the EU? In the short term, it means no change in our laws, continued uncertainty, and another year of political brinkmanship on both sides of the channel.

For specialist legal advice on the impact of Brexit on your organisation, please contact Ed Rimmell, in our Commercial team, on 0117 314 5232 or complete the form below.