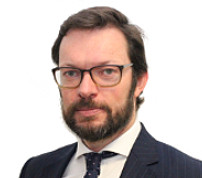 Whatever your political view point on Brexit, legally speaking there is an answer to this question, though the answer at present appears to be 'maybe'.

This article is not about Brexit itself but about the legal doctrine of frustration and how it could apply to contracts - and in particular leases -  as a result of the UK leaving the EU.

What Is the Doctrine of Frustration?

This seldom-applied doctrine relates to contracts that through no fault of the parties  are affected by a supervening event and can no longer be fulfilled.  It is not a relief available to those suffering from buyer's or seller's remorse who have simply struck a bad bargain.  It is a well-established principle that the courts will not lightly intervene to overturn a contract that was freely negotiated and entered into by the parties.

A contract may be discharged, however, on the ground of frustration when something makes it physically or commercially impossible to fulfil, or radically transforms the parties'  obligations. Lord Radcliffe explained the concept succinctly in Davis Contractors v Fareham UDC [1956]: "Non haec in foedera veni - it was not this that I promised to do".

Fundamentally the object of the doctrine is to take into account some external event that was not in the contemplation of the parties at the time the relevant contract was entered into, and which so significantly changes the nature of the agreement that the demands of justice mitigate the common law's insistence on the literal performance of absolute promises.

This case has become well known, due to the novel nature of the claim and the potentially seismic impact of the outcome on the property market.

The facts were as follows. In 2011, when Brexit was but a twinkle in David Cameron's eye and presumably not contemplated by the parties, the European Medicines Agency (EMA) agreed to take a lease of a large office block in Canary Wharf.  The lease was completed in 2014 with a term of 25 years, an initial yearly rent of £13m and unhelpfully for the EMA no break option, though there was the ability to assign and sub-let the property.

In addition, the lease was expressly governed by English law.

The EMA's intention was to use the building as its headquarters. Following the 2016 referendum, the EU moved the EMA headquarters to Amsterdam on the basis that, as an agency of the EU, the EMA would not be able to operate from the UK after Brexit.  An EU regulation to that effect was enacted in 2018.

The EMA wanted to get out of their lease and stop the liability to pay a very high rent for another 20 years. As they were no longer able to operate in London, they argued that their lease had been "frustrated" and was therefore no longer enforceable.

Canary Wharf argued that the lease had not been frustrated and that the EMA had to continue paying the rent, which taking future rent reviews into account could amount to £500m.

The High Court agreed with Canary Wharf. The doctrine of frustration does not take into account  any foreign law that might affect the parties' obligations under the contract.  The lease was governed by English law, and under English law there was nothing to stop EMA operating from London and so they could not avoid paying the rent.

Further, the High Court held that regardless of Brexit the EMA would continue to have the power to assign or sublet the property during the remainder of the lease term. It added that any frustration would have been self-induced by the EMA in taking the decision that it could no longer operate within the UK as the EU still had the legal capacity to maintain the headquarters of its agencies in non-EU countries.

The EMA was granted leave to appeal by Mr Justice Marcus Smith on 1 March 2019 on the grounds that an appeal had a real prospect of success and that the importance of the case was a compelling reason to grant permission.

Subsequently the EMA was able to sublet the whole property to WeWork for the remainder of the term and withdrew their appeal.  Therefore, the ability for a tenant to successfully claim frustration of a commercial lease for Brexit-related reasons remains a possibility.

Can Landlords Breathe a Sigh of Relief Then?

For the time being, perhaps. There are no high-profile frustration cases reported as being ongoing at the moment.  This is perhaps not entirely surprising, given that the transition period following the UK's formal withdrawal from the European Union on 31 January 2020 has only just begun, and will last until 31 December 2020.

Only once the negotiations have been concluded and the dust settled will we have a clear understanding of the potential restraints on trade between the UK and the EU - and whether these are significant enough to support a claim for frustration of contract. It is at this point that we may see tenants considering their position, and if they do not have a break option or a ready supply of assignees or sub-tenants to take on the lease, the frustration argument might be dusted off once more - either in earnest or in support of surrender negotiations.

City landlords will be keeping a keen eye on negotiations between the UK and the EU governing financial services and the level of access to the Single Market that UK-based companies will be allowed. The EU has already indicated that continued unconstrained access cannot be expected to continue post-Brexit, and may be thought to have a vested interest in luring financial services away from the City. If it turns out to be a disadvantage for financial service companies to be based in London rather than say Paris or Berlin, then we may encounter a second wave of frustration-based claims from newly reluctant tenants of high-rent properties.

A key element of frustration being that the frustrating event was not contemplated by the parties at the time the relevant agreement was entered into, clearly any lease or contract completed after the 2016 referendum is not at risk of a Brexit-based claim, but older leases in particular must be considered at risk.

As Canary Wharf v EMA remains the only case of its kind to date, and was not run to its conclusion due to the EMA withdrawing its appeal, we can only speculate as to the likely result of that appeal, and the true risk that a court will allow a lease or other contract to be determined on the basis of Brexit-related frustration. Each claim will of course be considered on its individual merits, and any application of the doctrine is likely to applied narrowly by the courts but, in such uncertain times the possibility of a successful claim being made cannot be ruled out.

So can we expect sunlit uplands or darkened City offices with the lights switched off?  All will at least begin to be revealed in 2021.

To discuss your contracts with an experienced solicitor, contact Richard Vann Jones, in our Real Estate team on 0117 314 5228 or complete the form below.