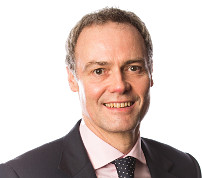 Will the 'Bounce Back Loan Scheme' Protect Your Small Business During the Coronavirus Pandemic?

This issue was considered recently by the High Court in Bridgehouse (Bradford No.2) v BAE Systems PLC (2019)

The parties in this case entered into an agreement in 2012 for the sale of two properties in the region of £93 million. Under the terms of the agreement, Bridgehouse was due to complete the purchase of the properties sometime between January 2020 and July 2022.
This case not only highlights the importance of being aware and fully understanding contractual rights, but also emphasises the significance of failing to comply with company law obligations. These may appear administrative and mundane in comparison to the cut and thrust of commercial life but can certainly come back to bite, as this case illustrates.
In May 2016, the Registrar of Companies dissolved and struck Bridgehouse off the register due to its failure to comply with reporting requirements. Two days after it had been struck off the register, BAE served Bridgehouse with a notice terminating the agreement. BAE relied on a clause within the agreement that gave it the power to terminate the contract if Bridgehouse suffered an "event of default." Being struck off the companies register was specifically listed as an "event of default."
Following a successful application for administrative restoration, Bridgehouse was restored to the register by the end of July 2016. Shortly thereafter, it challenged the validity of BAE's termination notice, relying on section 1028 of the Companies Act 2006 to undo the termination of the contract.
Section 1028(1) provides:
"The general effect of administrative restoration to the register is that the company is deemed to have continued in existence as if it had not been dissolved or struck off the register."
Section 1028(3) confers powers on the court to:
"give such directions and make such provision as seems just for placing the company…in the same position (as nearly as may be) as if the company had not been dissolved or struck off the register."
Did the wording of the Act mean the termination of the agreement could be reversed, thus putting the parties back into the pre-dissolution position, and thereby ignoring the circumstances which gave rise to the event of default?
The court concluded that BAE's termination of the agreement was valid. It held that although section 128 appears widely drafted, the phrase "as nearly can be" in subsection 3 means the general effect of the clause is not mandatory and need not be of universal application.

For more information please contact Richard Phillips in our Corporate Law team on 01923 919 325, or complete the form below.