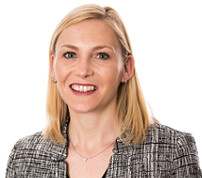 Investment Deals - The Value of an Investment Term Sheet

Ready, Set, Go! How to Ensure Your Business Is 'Investment Ready'

Under English company law, company directors who have an interest in an arrangement with the company must declare the "nature and extent" of that interest to the other directors. A recent Court of Appeal judgment serves as a useful reminder of this duty.

What Happened in This Case?

A company operated a members' club centred on water-skiing on a lake. An unincorporated partnership ran a water ski school at the lake.

The businesses were independent of each other but in some ways intertwined. Among other things, the partnership ran the business for the company in return for a management fee and operated from a building at the lake, paying rent to the company for the use of the building and the lake.

The company decided at a board meeting in 2007 to increase the rent and the management fee and an agreement was reached with the partnership to reflect this. Ten years later, the company launched a court action claiming damages, including against the company's Chairman, for repayment of £350,000 paid by way of management fees to the partnership. The company claimed to be entitled to recover these fees because the chairman had failed to declare the nature of his interest in the proposed management agreement at a board meeting.

What Do Directors Need to Know?

Directors must be alert to the circumstances in which they should disclose their interests and should ensure that:

For specialist legal advice on your duties as a company director, please contact Emma Cameron in our Corporate Law team on 07939 261632, or complete the form below.