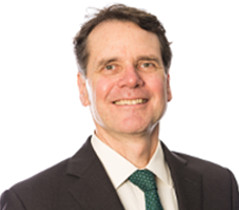 On 5 September the Secretary of State for BEIS intervened on national security grounds in the proposed acquisition by a company apparently associated with a Chinese academic of a group of small UK companies engaged in commercialising graphene.

This intervention in the case of Perpetuus Advanced Materials plc was made under existing legislation, the Enterprise Act 2002, rather than under the new National Security and Investment Act 2021 ('NSIA') which will become fully effective on 4 January 2022. The jurisdictional threshold of the Enterprise Act is met because the transaction would affect the supply of at least 25% of all graphene plasma goods and services in the UK. Graphene was first isolated at the University of Manchester in 2004.

This demonstrates that BEIS’s willingness to intervene under the Enterprise Act 2002 is not limited to proposed takeovers of large UK defence contractors, such as Ultra Electronic Holdings plc which it referred on 18 August. Although the Perpetuus group reported only 14 employees and gross revenues of £497,000 in the year to March 2020, its operations fall squarely within one of the 17 “sensitive areas of the economy” – advanced materials (graphene and related 2D materials) – identified in proposed regulations under NSIA. After 3 January 2022, acquisitions of companies involved in any of those 17 areas, as proposed, will require pre-completion clearance by BEIS.

Thus, this intervention gives a flavour of how BEIS will implement its review powers under NSIA next year. The facts of the case, as reported by the BBC and elsewhere, illustrate the familiar intertwining of UK university science, Chinese talent, and the Chinese business scene. The registered office of the UK acquiring company, formed last year, is a suburban semi-detached house. Dr. Zhongfu Zhou, is the chief nanotechnology scientist of the Perpetuus group according to its website. Dr. Zhou, having obtained his D.Phil. at Oxford University after earlier studies in Beijing, is also the managing director of the Inner Mongolia Industrial Research Institute for Composite Materials according to his LinkedIn profile.

Perhaps the most interesting question arising from this intervention is how BEIS learnt about the proposed transaction. Because selling the shares of a UK company owning sensitive technology is not subject to UK export controls, it does not appear that a license would have been sought from the Export Control Joint Unit. In its factsheet on the nascent Investment Security Unit, however, BEIS exhorted market participants to approach it as to deals completing before 4 January 2022 to discuss whether BEIS might exercise its review powers before the mandatory NSIA notification regime becomes effective. A cautious lawyer may have taken this to heart.

For specialist legal advice on corporate acquisitions, please contact Thomas Dick in our Corporate Law team on 07968 559217, or complete the form below.