Securing the Future of Your Company - Have You Done Enough? 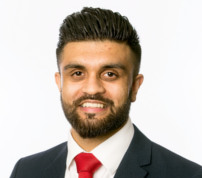 How Will the Hospitality Industry Operate Once Reopened?

Securing the Future of Your Company - Have You Done Enough?

Enforcing Your Protections - The Cost of Delay

How can directors and shareholders plan effectively to ensure their company can continue to operate after their death?

A recent case in the High Court has highlighted the need for directors and shareholders to plan their affairs appropriately, so that companies they leave behind after their death can continue to operate unhindered. There are particular lessons to be learnt for 'one man band' companies  (ie companies in which one individual is both the sole shareholder and the sole director). This was the case with Mr Price (Mr P) and the company he left behind following his death, Russell Price Farm Services Ltd (RP Ltd).

No Living Director or Shareholder

Mr P was the sole director and shareholder of RP Ltd. When Mr P died in March 2020, he had left a Will which made express provision for how his shares in the company should be dealt with following his death. As there were several other assets in the estate, the executors were required to collate detailed information and valuations to enable them to submit a full inheritance tax return. This meant that it would be some time before his executors could make the application for probate and distribute the shares.

The company's articles of association only allowed shareholders to appoint new directors in the event of the death of a sole director. Whilst, in accordance with the articles, Mr P's shares had passed by operation of law to his executors - they were not shareholders because their names were not entered into the register of members. This left RP Ltd in the unfortunate position of having no living director or shareholder able to appoint a director following Mr P's death.

Without a mandated director in place, the company's bank account was essentially frozen, debts owing to creditors could not be paid and there was no funding for the day-to-day operations. Further, the company was unable to purchase equipment needed to fulfil upcoming contractual obligations for its clients which, coupled with the unpaid debts, put the company at real risk of going out of business. Therefore, the three executors made an application to the Court to have their names added to RP Ltd's register of members to enable them to appoint new directors to keep the business running.

Whilst the High Court was in this instance able to justify the rectification of the company's register of members, thus saving the company from failing, it doubted that lawmakers had envisaged this specific set of circumstances when granting the courts with such powers to amend a company's register of members. The High Court was only prepared to grant the order for rectification upon the executors providing personal undertakings to obtain probate, and also an unconditional undertaking that they would personally pay all necessary taxes required so that probate could be issued.

Clearly, this would not have been the intention of Mr P when he was drafting his Will, nor the intention of his executors when they agreed to administer his Will. However, there was a risk of a lengthy delay in entering Mr P's beneficiaries on the register of members in place of the executors, if the estate lacked the necessary assets or liquidity. The High Court decided that this risk should be borne by the executors who knew the facts and had control of the assets.

Whilst the facts of this case were exacerbated by the danger of the company's imminent failure, it highlights the risks for any business being left powerless following the death or incapacitation of its sole director and shareholder. Not every company will be faced with the same urgency as befell RP Ltd, however a company left with no shareholders or directors may be left similarly directionless, unable to pay staff, suppliers and creditors and unable to perform contracts. The longer this persists, the more difficulties the company will run into. This is particularly problematic given the length of time between a shareholder's death and the grant of probate, which is almost entirely controlled by external factors and third parties, such as valuers and HMRC. The gap can often be many months, if not years.

Preparing a Will and provisioning for your shares is the first step in securing safe succession of your company. However, as seen from Mr P's case, it may be necessary to make other preparations, particularly where you are the sole shareholder and director. A review of your company's articles of association is advisable to ensure that the provisions regarding transfers of shares on death are appropriate to your specific circumstances. There are various tax implications (such as business property relief) as well as personal considerations (such as who will control the company going forward) that also need to be considered when planning ahead.

For companies with more than one shareholder, it may be appropriate to consider cross-option agreements, whereby shareholders grant options over their shares to other shareholders, exercisable on death, and take out life insurance policies, which are written in trust for the other option holders.

There are many outcomes to consider when planning the future of your company, and these extend beyond just putting a Will in place. For more information, or to discuss succession planning for your company, please contact Zaheer Nabi on 07393 149 979, or David Emanuel on 07876 210 497 in our Corporate Law team, or complete the form below.