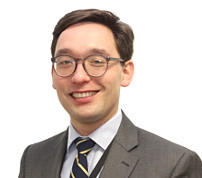 The Coronavirus Challenge - What Do Trustees Need to Know?

Marketing Material In Charity Newsletters - Food for Thought or a Spam Sandwich?

The Garden Bridge project was an ambitious proposal to build an iconic pedestrian 'garden bridge' in London across the Thames.

The project enjoyed the high-profile backing of Joanna Lumley, Boris Johnson, George Osborne and David Cameron and was founded on commitments from the Department for Transport and TfL to contribute up to £60 million to deliver it. However, the project was abandoned in 2017 following years beset with problems arising from escalating costs together with not only a lack of funding, but also a lack of political consensus and local support for the project.

The Garden Bridge Trust ('GBT') was established principally to raise funds for the bridge, and to oversee its construction and maintain it once built. Sadiq Khan's decision to shut down the project based on a damning report by Dame Margaret Hodge resulted in understandable furore, given that an estimated £53 million of public money had been spent by GBT, yet, in the words of the Charity Commission, it had "produced no demonstrable public benefit or impact".

Last month, the Commission published its concluding report on its investigation into the management of GBT. Whilst it did not make any findings of mismanagement by the trustees and found the trustees had in fact complied with their legal obligations, it highlighted that the right lessons must be learnt from this case in order to avoid similar failings in the future. So, what are the lessons that apply to the wider sector?

The Commission has warned that policy makers should think carefully before setting up a new charity to deliver a singular project or purpose, commenting that “it is unlikely that the public would expect risks that are inherent in a major public infrastructure project to be outsourced to such a charity". The Commission advises consideration should be given to alternative ways of furthering charitable aims which avoid exposing charities to operational risk. In the context of Garden Bridge, perhaps a charity set up to support the project and provide grant funding would have been more suitable in order to avoid taking on the risk and responsibility of managing and delivering an infrastructure project. The most appropriate structure should be considered in detail and, if a new charity is to be set up to deliver a project, the purpose to be served by doing so should be very clear.

Where a charity is tasked with delivering a project funded by tax payer’s money, trustees should give additional consideration to what the public’s expectations are, given they are likely to face extra scrutiny from the public around use of those funds. The Commission recommends incorporating appropriate terms and conditions into funding agreements to ensure money is spent in line with original intentions. It also suggests building in accountability and reporting requirements for public money which are more demanding than the general responsibilities placed upon trustees in order to “increase transparency of spend and provide protection of the funds”. From the regulator's view, a charity delivering a project should not only provide information to funders, stakeholders and the wider public, but should also consult with them take their views into consideration where appropriate, particularly in situations where a project may negatively impact some individuals.

The Commission has said “charities are often in a strong position to deliver high quality contracted public services due to their proximity to the communities they serve and because of their particular expertise, experience and ethos”. However, charities are independent in law and must be run in line with their charitable aims. A public authority would not have the same control over a charity set up to deliver a specific project as it would if it ran the project directly. In the context of the Garden Bridge project, GBT was very reliant on financial support from TfL and political support from the Mayor in order to be able to deliver on its main charitable objective (and reason for existence), which was to build and maintain the Garden Bridge. However, the trustees were required to act in the best interests of the charity, not the funders, which demonstrates the difficulties that can arise from working with the public sector and government departments.

Whilst the trustees of GBT were found by the Charity Commission to have acted in line with their duties, they were subject to criticism in the concluding report and the project was branded "a high profile and expensive failure" which "risks undermining public trust" in the charity sector. The Commission found no wrongdoing in law, but is keen for lessons to be learnt from the failure of this project.

For more information, please contact Kenji Batchelor in our Charity Law team on 0117 314 5647, or complete the form below.