Charities Surprised and Disappointed by Daughter's Challenge to Her Mother's Will 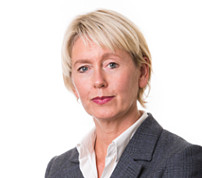 The latest ruling in the decade-long dispute over the Will of Melita Jackson has seen the Court of Appeal award £164,000 to her estranged daughter, substantially reducing the amount receivable by three charities.

This ruling may send a signal out to other potential claimants under the Inheritance (Provision for Families and Dependants) Act 1975 to the effect that the courts will give serious consideration to claims from disinherited children, and charities need to be alert to bequests where such a claim might arise and consider carefully the risk of protracted litigation.

Mrs Jackson died in 2004, having made a Will in 2002 which made no provision for her daughter, Heather. Heather had eloped with her then boyfriend Nicolas Ilott in 1978 and married him in 1983; this lay at the root of the estrangement between mother and daughter. Mrs Jackson's estate was valued at £486,000 and, apart from a modest bequest to the BBC Benevolent Fund, the estate was bequeathed to the Blue Cross, the RSPB and the RSPCA.

Previous rulings in this dispute had included an award in 2007 by the County Court of £50,000 to Mrs Ilott, and a 2011 Court of Appeal ruling that this sum was insufficient. Following a hearing on 3 July this year, the Court of Appeal judgment (Ilott v Mitson [2015] EWCA Civ 797) addressed three main issues:

Lady Justice Arden found two fundamental errors in the County Court judgment, including a failure to verify what effect an award might have on Mrs Ilott's entitlement to state benefits. She also held that the Court of Appeal should press ahead with making a fresh award, not least because of the years that had elapsed.

On the making of the award itself, she clarified that the 1975 Act requires the court to have regard to the resources and needs of the parties and noted that the three charities had made no representations regarding their resources and needs, nor did they have any expectation that they would receive these legacies - in effect, any money that they might receive would be a windfall.

Mrs Ilott, on the other hand, had a very modest income, no savings and no pension and, although she had lived independently from her mother since 1978 and had managed to live within her means, the fact that her resources were so limited outweighed the usual presumption that the needs of an adult child would not normally justify overturning the wishes expressed in the Will.

In deciding the size of the award, the court considered that the main element should be sufficient to enable Mr and Mrs Ilott to exercise their right to buy their rented house, with an additional element to cover the costs of the purchase and a further amount to supplement her income without prejudicing her entitlement to benefits.

While this latest ruling is based on a very specific and unusual set of facts, it does suggest that charities may see more legacies challenged by disinherited children, even if they have long ago ceased to be financially dependent on the testator.