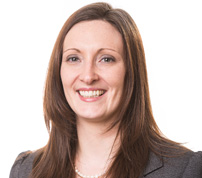 When two charities merge and either or both of them hold property, there is often much more to consider than trustees first anticipate.

The amount of work required to correctly transfer the property can be similar to an acquisition of the property. Where property needs to be transferred, there is the charity that already owns property and the charity who is acquiring it. Sometimes, both charities own property and so they are both the acquiring charity and the owning charity. After the merger, the trustees of the merged charity will be responsible for all of the properties, so it is important to understand the obligations and burden of what is being taken on.

Trustees still have their fiduciary duties to act in the best interests of the charity and that includes doing due diligence and taking advice on the terms of the acquisition/disposal, even if that is part of a merger between two charities which has wider benefits.

What Are The Usual Steps?

The usual steps required to prepare and complete the property elements of a merger are as follows:

In most instances, the merger will fall within an exemption to the usual requirements on a disposing charity because the two charities have compatible objects and usually the transfer is for less than market value. Although, if this is not the case then those requirements will need to be complied with - for example, the owning charity will need to get a qualified surveyor's report to support the trustees' decision to dispose of the property.

In addition, as stated above, the trustees of both charities must comply with their fiduciary duties to act in the best interests of the charity, and that includes doing due diligence on the property and taking advice on the terms of the merger. It is best practice to minute those discussions so that you have a paper trail showing that all issues were given due consideration.

Our upcoming webinar, 'Charity Mergers - A Look Behind the Legal Process', will give practical tips to trustees, chief executives, and finance directors (as well as other stakeholders) on the merger process, and improve knowledge and understanding on the topic to assist charities in making strategic decisions in the interests of their beneficiaries. Book your free place today.

For specialist legal advice on property issues surrounding a charity merger, please contact Jessica Booz in our Charity Law team on 07584 191 949, or please complete the form below.