Disposals of Charity Land - The Law is Changing 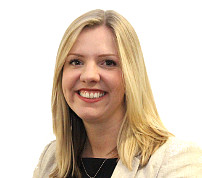 Coronavirus - Reshaping Our Towns And Cities For Safer Travel

How Do I Manage Staff Who Are Reluctant to Return to Work After Coronavirus Restrictions Are Eased?

Charities who own or have a long term lease of land and properties should take note of recent developments in charity land disposals.

The case centers around a charity which looked to enforce a contract for the sale of some of its land. The purchaser argued that the contract which governed the transaction was invalid on the grounds that it believed the contract did not comply with Part 7 of Charities Act 2011 (the Act).

The Act (under s.122(2)) requires a contract for a disposal of charity land to include a statement that:

In this instance, there was no statement in the contract, but the transfer document annexed to the contract was compliant, as it had the necessary statement. Perhaps of greatest interest to charities is that the purchaser also took issue with the charity's surveyor’s report (as required by s.119 of the Act). This is because it was obtained after the charity was put on the market, which is not in line with the Act's requirements.

The Judge concluded, contrary to similar previous cases, that minor failures to comply (in this case a statement in a transfer rather than a contract and obtaining a surveyor’s report later than as required by the Act), were not sufficient to undermine the transaction. The contract was still valid and therefore enforceable.

In relation to surveyor’s reports, the Judge pointed out that the position could be different where there was significant non-compliance ( for example, the report is obtained so late in the day that it's not helpful).

Importantly, the overarching purpose of the statutory regime is to ensure that:

In that context, “it would be harsh to conclude that a contract of sale is void or voidable as a consequence of a failure by the surveyor's report to comply with each and every requirement of the regulations. That cannot have been Parliament's intention in view of the numerous tripwires that are found in the regulations.” Charities should certainly take note of the result, but should not be complacent in their compliance with the Act's requirements.

The correct sequence is:

(a) Trustees consider a disposal.
(b) Trustees obtain a surveyor’s report which comments on advertising and the other items listed in the regulations.
(c) The report is considered by the trustees.
(d) The property is advertised (if that is recommended).
(e) An offer is received.
(f) The trustees consider the offer in light of the report (and may need a supplemental report or confirmatory letter from the surveyor if some time has passed).

In some circumstances this sequence will not apply, for example where a developer makes an offer first.

In most cases, charities will want to meet the requirements of Part 7 in full, unless it is clear that is not required. Where the position is unclear, you should seek specialist legal advice.

For further advice on charity land disposals, please contact Lily Langlois in our Charities team on 0117 314 5467, or complete the form below.