Can Fee-Charging Charities Be Accessible to Those with Low Income? 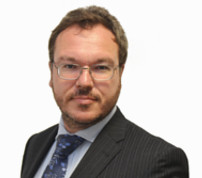 Using Data Rights As a Weapon - What Can A Charity Do?

The last judicial word on fee-charging charities allowing access to those with modest means was that it was for the trustees to decide, so long as it was not merely token or de-minimis. Now, nearly a decade later, the Court of Appeal has had its say.

There is something special about charity. It stands out, even amongst other voluntary and philanthropic endeavours. Partly, because it is about a select group of purposes which speak to something about human nature that transcends generations - its origins lie in a law more than four centuries old. But it is also because every charitable purpose must be and be pursued for the public benefit. It is this public benefit requirement that the Court of Appeal has addressed.

No charity has infinite resources. This means trustees have to make decisions about how the charity will benefit the public. Because we live in a society where we all have different means, a decision to fund a service by charging fees is a decision that affects who can benefit. It particularly affects those with a lower income.

In a legal case in the Upper Tribunal, brought by the Independent Schools Council against the Charity Commission and decided in 2011, it was held that the trustees of a fee-charging charity must consider how those of modest means can benefit and that, subject to it being neither token nor de-minimis, it was for them to decide.

Typically, trustees must work out how to include those of modest means within the scope of what they do by providing different levels of service at different price-points, means-tested discounts and concessions as well as working with other organisations with better reach amongst those with low income. Trustees would build a package from this.

Merton Council and Nuffield Health found themselves in dispute over mandatory rate relief. Merton argued that in order to qualify for rate relief, a particular gym run by Nuffield had to meet this public benefit requirement. The Court of Appeal disagreed. It was for Nuffield as a whole (rather than any site on its own) to meet the public benefit requirement and that was a matter, not of rating law, but charity law. Nevertheless, the Court took the opportunity to ask itself, what is enough for the provision for those of modest means to be more than token or de-minimis.

The charity charged £80 per month membership fees for access to the gym in question and its other gyms. There was no evidence as to whether that level of charges excluded those with lower income. The charity also offered additional services in the form of free health checks, initial physio consultations and one- and seven-day passes. It delivered lessons on health and wellbeing at a local school. Local schools also had exclusive hire of the pool for three hours a week. On the case presented to the Court, the provision of additional services without evidence as to the effect of the level of charges on those of modest means, was not enough to say the gym, taken in isolation, operated for the public benefit.

What Were the Court of Appeal Findings?

Firstly, the Court said it would have been for the charity to provide evidence of the incomes and affordability criteria for its potential beneficiaries. From this it appears that a charity is likely to have to understand its beneficiaries and their means to say it is making appropriate provision for them.

Secondly, it was difficult to distinguish these activities from those of commercial providers. The Court inferred the additional services were in the nature of promotional ventures such as a commercial provider would offer, rather than a provision of benefit for its less well-off beneficiaries.

This decision shows the need for fee-charging charities to make provision for those with lower income more substance to it that the headline thresholds of token and de-minimis may be taken to imply. There is a substantial process requirement. Trustees must consider the issue, with evidence. There is a substantial provision requirement - what is de-minimis or token is a judicially set standard, which may be informed by the programmes offered by commercial competitors.

We are ready to assist trustees of fee charging charities, many of whom will wish to reflect on their provision for the public, including their beneficiaries of modest means.

For specialist legal advice for your charity, please contact Andrew Wherrett in our Charity Law team on 07787 746721, or please complete the form below.