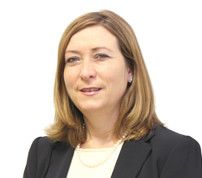 Using Data Rights As a Weapon - What Can A Charity Do?

Our Legacy Protection team answer some of our most frequently asked questions surrounding Inheritance Act claims and their impact on charities.

In our previous article, our Legacy Protection team explored some of the legacy protection issues that most commonly crop for charities and identified Will disputes as a key area of concern.

We highlighted the case of Knipe v British Racing Drivers Motor Sport Charity & Others, involving a claim brought by the deceased's partner under the Inheritance (Provision for Family and Dependants) Act 1975 (the Inheritance Act).

We now turn our focus to this particular type of claim, known as an 'Inheritance Act claim', and explore how it can affect gifts in Wills to charities.

Who can bring an Inheritance Act claim?

The class of claimants is clearly defined as:

These are all automatically eligible to bring a claim.

Does that mean a claimant will automatically succeed?

No. An eligible claimant will still have to demonstrate that they are not adequately provided for under the deceased's Will.

Doesn't a valid Will trump a claim?

Sadly for charities, if they are beneficiaries of the Will, it's not quite that simple. Certainly, the starting point for courts when considering these claims is the principle of testamentary freedom, which permits people making their Will in England and Wales to leave their assets to whomever they choose and to exclude family members or dependants entirely if they wish to.

But the Inheritance Act acts as a form of safety net for eligible claimants if they can demonstrate to a court that financial provision should nonetheless be made for them from the deceased's estate.

It is understandably a common concern for charities, when claims of this type are brought, that the deceased's wishes to benefit their chosen charities appear to have been disregarded.

Whilst it is true that the deceased's wishes will not be the paramount factor in the court's consideration they can, and often are, taken into account alongside the other factors (referred to below) which will determine the outcome of the claimant's claim.

The importance of charities and their status as beneficiaries of a Will when compared with family members and the importance of testamentary freedom was endorsed by the Supreme Court in the 2017 case Ilott v Blue Cross & Others, which many readers will be familiar with. This involved a Will which left the deceased's entire estate to animal and bird charities, excluding the deceased's estranged adult daughter. Despite the deceased's clear wish to benefit the charities over her daughter, the daughter was awarded just over 10% of the estate by the court.

How much will typically be paid to a claimant if successful?

There is no set percentage or sum that will be paid out to a successful claimant. Outcomes in these cases are highly dependent upon the individual facts of each case.

Eligible claimants may receive nothing if they fail to evidence their financial need satisfactorily or, if other factors considered under section 3 of the Inheritance Act outweigh the claimant's needs. Equally, whilst it is not typical for a claimant to successfully claim the whole estate, it is feasible they could, if the court were to determine that this was the proper outcome. In deciding, the section 3 factors that the court will consider are -

Whilst it is usually not possible to pinpoint a precise figure that a claimant is likely to receive, we typically can advise clients of a range of likely outcomes, having assessed the individual facts of a case.

Can these claims be settled out of court?

Absolutely. It is relatively rare for Inheritance Act claims to be decided at a contested trial as the courts encourage parties to settle these particular types of claims wherever possible through Alternative Dispute Resolution. This most commonly takes place at a one day mediation where all parties attend either in person (where this is possible taking account of social distancing rules currently in place) or increasingly commonly, remotely by video link.

Is there a time limit on bringing these claims?

Claimants have six months from the date of the Grant of Probate to issue their claim at court. After which, they have a further four months to serve the claim on the executors and beneficiaries. So a claim could be waiting in the wings for up to ten months following the Grant of Probate. Claimants are, in some cases, able to issue a claim after the six month limit has passed but will have to obtain the permission of the court to do so, which may not be granted.

Will the estate pay for the legal costs of defending the claim?

However, if the claimant is unsuccessful at court, the court will typically (although it is at the court's discretion in each case) order the losing party to pay the majority of the winning party's costs.

Can defendant charities have the same legal representative to reduce costs in defending a claim?

Yes, as long as there is not a conflict of interests created by the same legal representative acting for both and as long as the beneficiaries agree on a joint approach as regards defending the claim.

What should we do if our charity is notified of a claim relating to a legacy?

Act quickly in seeking specialist legal advice. Claimants are required to provide a detailed Letter of Claim to the executors and beneficiaries before they issue proceedings at court. In most cases, with expert advice, the strengths or weaknesses of a claim can be readily assessed allowing swift action to be taken which can potentially prevent court proceedings being issued by a claimant. This can save costs for the defending beneficiaries in the long run.

If you are concerned about a potential Inheritance Act claim or another form of Legacy Dispute our Legacy Protection team will be happy to provide free initial advice. Please contact Julia Hardy on 07798 646970, or complete the form below.