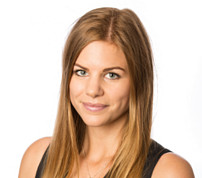 Can Liquidated Damages Apply If Work Was Never Delivered?

At the start of the UK's coronavirus lockdown, millions of us found solace in watching the Netflix documentary series Tiger King.

To many, the bizarre true story of the gun-toting, polyamorous private zoo owner known as 'Joe Exotic' and his feud with an animal rights activist provided an escape from the pandemic.

For anyone who hasn't heard of it, Tiger King follows the eccentric Joe Exotic around his private zoo in Oklahoma, which houses over 100 tigers (among hundreds of other big cats, bears, monkeys and other exotic animals) and is run by a team of colourful characters. The series focuses on the long-running feud between Exotic and his rival, animal rights activist Carole Baskin. Baskin operates Big Cat Rescue (BCR), an animal sanctuary in Florida focusing on rescuing and rehabilitating captive big cats.

Many years of public spats between Exotic and Baskin culminated in a lengthy legal battle centring on a trade mark (and also copyright) infringement. Exotic was consumed with increasing his own popularity. He could not compete with Baskin/BCR's popularity and search engine performance, nor could he bear it that Baskin/BCR was more popular than his own zoo. Exotic sought to take advantage of BCR's placement on Google searches and intentionally renamed his travelling show "Big Cat Rescue Entertainment" in order to increase his internet ratings. Exotic also adopted a logo that was almost identical to that of BCR. This blatant and deliberate trade mark (and copyright) infringement resulted in Exotic being ordered to pay $1 million in damages - ultimately leading to his downfall.

So what can we learn from Exotic and Baskin's trade mark dispute? Below we look at some of the key actions that you can take to protect your trade mark and avoid infringing anyone else's.

What Can I Do to Avoid Infringing Someone Else's Trade Mark?

Before you start using a trade mark for a particular product or service, and before you invest time and money on branding and advertising, we recommend that you conduct research:

If your proposed trade mark is available to use in your target countries, you should consider applying to register it as a trade mark. This will enable you to control who uses the trade mark and make it easier to obtain effective remedies against anyone who infringes your trade mark. It is prudent to apply to protect your trade mark at an early stage before you begin using it (but you can still register a trade mark after you have begun using it).

If Tiger King taught us anything about trade marks, it was that it is wise to avoid infringing another trade mark in the first place (following the steps above will assist). If, however, you have received any communications alleging trade mark infringement, or you are concerned that someone is infringing your trade mark, a sensible first step is to obtain legal advice.

As with any legal dispute, it is important to remember that having a pragmatic approach can often save time and money. Often the parties (unless they are Joe Exotic and Carole Baskin) can agree a settlement before legal proceedings are commenced and substantial legal fees incurred.

VWV's trade marks team can assist with all aspects of trade mark advice including conducting searches, filing trade mark applications in the UK and internationally, and advising on trade mark infringement and passing off.

If you require specialist legal assistance relating to any aspect of trade mark law, please complete the form below and we will be in touch as soon as possible.