Had Enough of Experts? 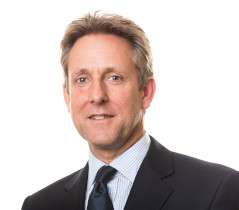 Adjudication is now a well-established method for dispute resolution. Some forms of contract, such as NEC3, insist on adjudication as a condition precedent to a dispute proceeding...

...to arbitration or litigation, if the parties have agreed to refer matters to the court. Adjudication is successful in finally disposing of many construction disputes which would otherwise find their way to the courts.

Claims against construction professionals may also be referred, so long as the subject matter may be termed a construction contract. The chances of a successful claim against a construction professional, such as an architect or engineer, will be enhanced by supporting opinion from an expert. Adjudication has the benefit of being cheaper than litigation but often does not provide a final resolution of those issues in dispute. In those circumstances, a disaffected party can proceed to round two, involving arbitration or litigation.

The second edition of the Pre-action Protocol for Construction and Engineering Disputes was published on 2 November 2016. Disputes relating to the same or substantially the same issues previously referred to adjudication have always been exempt. The parties will have understood by this time what are the contentious issues, and there is little or no purpose in complying with the pre-action protocol. This is expressly recognised by the exemption.

Otherwise, the objective of the protocol is stated to be for the exchange of sufficient information to allow the parties to understand each other’s position and make informed decisions on how to proceed in the hope that this does lead to settlement without the need for litigation. This may involve an appropriate form of alternative dispute resolution such as mediation. A party should of course be allowed to litigate his dispute, but he should first demonstrate that he has complied with the protocol, and thus has tried to bring about a settlement of the dispute, albeit without success.

Judges cannot compel parties to mediate in the hope of a settlement of a dispute, but if there has been a failure to comply with the protocol, or if the judge believes there to be unreasonable conduct by one of the parties, there is always the sanction of costs.

Complying with the pre-action protocol can itself be costly. It involves, typically, the production of a letter of claim and a response to the claim. The claimant may also wish to reply to the response though they do not have to do so. The protocol provides for a pre-action meeting of the parties and this meeting may itself take the form of an ADR process such as mediation. Paragraph 7.1.3 is of particular interest. It states that: “Generally, it is not expected or required that expert reports should be provided but, in cases where they are succinct and central to the claim, they can form a helpful way of explaining the claimant’s position.”

Nowhere is the need for an expert’s report more clearly seen than where the claim is against a member of the professional team, such as an architect, engineer or other designer. The professional will usually be supported by an insurer who will provide indemnity against any liability, subject of course to the terms of the policy itself. An opinion by the expert that the professional has failed to exercise the reasonable skill and care to be expected of him and any of his other obligations will be central to the claim. Without it there will be a general reluctance to accept liability, both by the professional and his insurers.

Claims against professionals can be complicated, especially in a large project. The history of the project should be considered as a whole, identifying precisely the breaches of contract with subsequent analysis of the losses, to be attributed to each of the breaches of the professional’s duties.

Engaging an expert and taking the necessary steps to establish the liabilities of the professional are costly. This process often takes months to perform with the expert’s costs alone running to tens of thousands of pounds. However, a failure to make this investment will prejudice a successful outcome. Thus, whereas the spending of costs as part of the pre-action protocol is regrettable, it is usually an essential investment. Thus it is, using the protocol’s own terminology, “central to the claim”.

Claims against construction professionals have much less chance of settling as part of the pre-action dispute protocol without experts’ reports, whether or not they may be expected, required or desirable.

First published in the 17 February 2017 edition of Building Magazine.