Beware the Pitfalls of Short-Term Lets 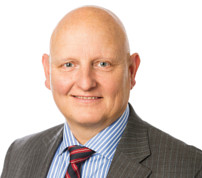 Lease Extensions - How Do I Extend My Lease?

With attractions such as the Harry Potter Studios and London just a short hop on the train, Watford has seen a growing trend of short term lets.

You can now rent out your flat on Airbnb for £1,000 a week or more, a sum you'd be lucky to get for a complete month if it had been let on an assured shorthold tenancy.

But are those hiring out these properties acting lawfully?

Flats and houses are classed as residential dwellings for planning law purposes. Under the Use Classes Order 1987, this is a 'C3' use. However, how is 'residential dwelling' defined? This was recently considered in a Scottish case. Although not binding in England, the principles are the same.

A property in Edinburgh was used by short term visitors. The increased comings and goings of tourists causing inconvenience to neighbours. The council took enforcement proceedings and this resulted in a court case.

The owner argued that even though the property was used for short term holiday lets, it was still essentially a single residential dwelling. The key issue to be decided by the court was the likely disturbance caused by the use. The number of arrivals and departures, with associated traffic movements within a communal stairway and landing was likely to be much greater than that associated with a single permanent resident. For that reason, the court determined that there was a material change of use which would require planning permission.

The owner would have to apply for change of use to Class C1 use - the same as for hotels, guest houses and hostels - or stop short term lets.

Short term lets would also be a breach of most flat leases and the flat owner runs the risk of the landlord taking enforcement action against them that could result in forfeiture of their lease.

For specialist legal advise on short-term lets, please contact David Marsden, in our Commercial Property team on 01923 919 303, or complete the form below.