Landowners - Can You Actually Rely on a Verbal Agreement? 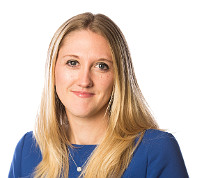 Lease Extensions - How Do I Extend My Lease?

A recent legal case highlights why you should always ensure that informal agreements are properly documented and recorded at the Land Registry.

The owner of 149 and 151 saw a development opportunity for a block of flats at the rear of the gardens, and bought part of the garden from the other owner.

When the developer eventually contacted the owner to arrange the formalities to remove the right of way, they found that the property had been sold and the new owner was unwilling to agree the removal of the right of way.

The developer argued that the previous owner's verbal agreement should be enforceable against the new owners.

The dispute went to court, where it was held that the right of way was properly registered against each of the titles to the properties and therefore was enforceable. It was significant that there was no formal application to remove the right of way when this was agreed with the previous owner.

For more information please contact Madeleine Wakeley in our Commercial Property team on 01923 919 315, or complete the form below.