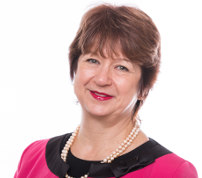 Is Your Data Ready for a 'No-Deal' Brexit?

A recruitment consultant has been found guilty of the crime of unlawfully obtaining personal data. When he left to set up his own business, he took records of clients with him.

Daniel Short previously worked for VetPro Recruitment ("VetPro") and left the company in October 2017. Shortly after he set up his own rival business called VetSelect.

When VetPro became aware of VetSelect, it began to have concerns about the integrity of the database it used to recruit vets and nurses. VetPro's database contained the personal data of more than 16,000 people. VetPro contacted Mr Short to ask if he had downloaded the information from the database. Mr Short admitted that he had taken some personal data, claiming it was for his own record of achievement.

The ICO's investigation found that Mr Short had stolen the details of 272 individuals from VetPro's database for commercial gain. He was fined £355 and was ordered to pay costs of £700 as well as a victim surcharge of £35.

"Short thought he could get away with stealing from his old employer to launch his own company.

"Data Protection laws are there for a reason and the ICO will continue to take action against those who abuse their position."

"This is a big red flag for recruiters who think that personal data about their contacts 'belongs' to them. It doesn't: it belongs to the client. This case makes it clear that the ICO will use criminal sanctions where people walk off with client lists."

For more information, please contact Serena Tierney in our Data Protection team on 020 7665 0817.