Securing Jurisdiction - The Importance of Obtaining a Decree of Divorce 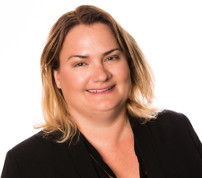 Dealing with Pension Inequality on Divorce

How to Resolve Parental Disagreements over Coronavirus (COVID-19) Vaccination

Securing Jurisdiction - The Importance of Obtaining a Decree of Divorce

A woman whose husband divorced her in China in December 2020 lost her application in the High Court of England and Wales for non-recognition of the overseas divorce, despite having already filed for divorce in England.

In the recent case of J v J [2021] EWFC 43, the husband and wife began cohabiting in 2016, married in 2017 and separated in 2019. Although disputed by the husband, the court found that their primary base during the marriage was in the UK, but the couple also spent time in China for business purposes.

In May 2019, the wife filed a divorce petition in England, by which time the husband had relocated to China. However, the husband evaded service of the petition. The wife issued financial remedy proceedings in December 2019 but the husband also evaded service of these proceedings. The court eventually authorised the wife to continue with her divorce application but the delay, believed to be on the part of court, meant the wife did not obtain the first decree of divorce (the 'Decree Nisi').

During this time the husband successfully applied for a divorce in China, with the final judgment being published on 27 December 2020 and the Chinese court allowing three months to appeal the divorce. The wife took no steps to appeal the judgment however.

The English judge accepted that if it had not been for the delay of the court, the wife would likely have obtained a decree in England and Wales. Notwithstanding this, the judge emphasised that refusing recognition of a foreign decree of divorce should be done sparingly and with respect for the decisions of a properly constituted court in a foreign jurisdiction. As such, each case would be assessed on its own merits.

The judge concluded that in this case, the husband had taken reasonable steps to notify the wife and that the wife had reasonable opportunity to take part in the proceedings. On this basis, the wife's application for non-recognition of the Chinese divorce was refused and the divorce and financial remedy proceedings in England and Wales were also dismissed.

Why Is Jurisdiction Important in Divorce Proceedings?

Divorce law in England and Wales is generally known to be more generous to the financially weaker party to a divorce than many other jurisdictions.

Under Chinese law, the wife was unlikely to receive any financial relief, therefore it was in the wife's interests for the divorce proceedings to continue in England. Conversely, the husband's motivation to obtain the divorce in China was likely to minimise the wife's financial claims.

However, in this case, there was still the option for the wife to apply for financial support following an overseas divorce. Although this application is not as straightforward, if successful, the wife was unlikely to be in a worse financial position than if she obtained financial relief alongside English divorce proceedings.

This case highlights the Court's reluctance to dismiss a foreign divorce where it had been properly obtained and consequently the importance of obtaining a decree of divorce in England and Wales in order to properly secure jurisdiction.

If you need any advice concerning how a jurisdictional issue could affect your divorce and matrimonial finances please contact Sam Hickman in our Family Law & Divorce team on 0117 925 2020, or complete the form below.