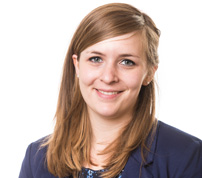 The BBC has been in the headlines over the last few years in relation to alleged pay discrimination and gender inequality and there have been some very high profile cases reported in the media.

On 12 November 2020, the Equality and Human Rights Commission (ECHR) published its report on pay discrimination at the BBC. The report, which has been criticised for only examining ten cases in any depth, found no evidence of unlawful acts of pay discrimination. However, it identified "themes relating to past pay practices which could give rise to a risk of pay discrimination" and set out various recommendations. The report is therefore a useful resource for organisations looking to avoid and/or address gender pay issues.

In 1970 the Equal Pay Act came into force. This requires that men and women in the same employment must receive equal pay for equal work.

However, fifty years on, it is clear that equal pay issues remain and are relatively commonplace. In the last few years alone, there have been various high profile cases of large groups of women taking their employers to tribunal over the issue of pay parity with their male colleagues. No doubt there are a great many other cases which are settled before they reach the employment tribunals.

What Factors Increase the Risk of Equal Pay Issues Arising?

As noted in the ECHR report, pay discrimination can be caused by a range of factors in the workplace and equal pay cases are often complex. Generally, employers do not make a conscious decision to pay a woman less than a man because of her sex. More commonly, pay discrimination arises due to "complex and decentralised pay systems, a lack of transparency about pay, or inadequate job evaluation".

This was found to be an issue historically at the BBC with managers making pay decisions without due process or evaluation and/or not keeping records which would assist them in later justifying pay decisions.

What Should Employers Do?

"every employee should be able to see that their employer's pay processes are structured, well documented, transparent and kept under review, that equal pay is considered when their pay is set and that any complaints will be dealt with effectively. This should all be underpinned by leadership and a culture that embraces and embeds equality across all aspects of the employer's work."

Employers should also ensure that they have adequate processes in place to consider pay complaints promptly and fairly.

A full copy of the ECHR report can be found here.

If you have any concerns about pay discrimination, our team are experts and would able to assist you. For more information, please contact Charlotte Rose in our Employment Law team on 07741 311 065, or complete the form below.