Was it Fair to Dismiss a Head Teacher for Failure to Disclose Relationship with a Sex Offender? 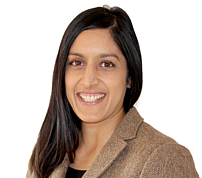 Yes, held the Supreme Court in the recent case of Reilly v Sandwell Metropolitan Borough Council. An employment tribunal had been entitled to find that the dismissal was in the range of reasonable responses.

Ms Reilly, the head teacher of a primary school, had a close relationship with a man (S) convicted of making indecent images of children. Although the relationship was not of a romantic nature, they owned a house together, had a joint bank account and went on holiday together.

Following S's conviction in 2010, Ms Reilly failed to inform the school's governing body of her relationship with him. When the school learned of this, she was summarily dismissed on the basis that her failure to disclose the relationship was a serious breach of an implied term of her contract of employment, amounting to gross misconduct.

Ms Reilly maintained that her relationship with S did not pose a risk to pupils at the school and that she did not have a duty to disclose it. She appealed against the school's decision but this was dismissed. Ms Reilly brought proceedings for unfair dismissal.

The Tribunal was required to consider whether Ms Reilly's dismissal fell within "the range of reasonable responses" available to the school in response to her failure to disclose the relationship. The Tribunal found that it did and the dismissal was therefore fair.

Ms Reilly appealed to both the Employment Appeal Tribunal and the Court of Appeal but both appeals were dismissed. Ms Reilly then appealed to the Supreme Court.

The Supreme Court held that the Tribunal had been entitled to conclude that the school acted reasonably and the dismissal fell within the range of reasonable responses.

Ms Reilly accepted that she had a contractual duty to assist the school in exercising its functions with a view to safeguarding the pupils. In addition, her contract of employment identified a failure to report something which it was her duty to report as being an example of conduct which might lead to disciplinary action.

Ms Reilly's relationship with S created at least a potential risk to the children and it was for the school governors, not Ms Reilly herself, to assess this risk. The failure to disclose therefore amounted to a breach of Ms Reilly's duty. Further, Ms Reilly's failure to accept that she had acted in breach of her duties suggested a continuing lack of insight into the consequences of her actions. In these circumstances  the school had acted within the range of reasonable responses by deciding to dismiss.

The case highlights the importance of maintaining a very broad approach to safeguarding. Failing to disclose circumstances that could potentially increase risks to children, should be reported internally. In this case, that duty to report extended to a duty in respect of an employee's relationship with a third party.

As we regularly advise, the manner in which an employee defends their actions, refusing to admit an error of judgment, can also compound that error. The Supreme Court helpfully agreed that this was a factor which may be considered in determining the severity of any sanction in disciplinary proceedings.

We recommend that schools review their contracts of employment to ensure that there are clear defined duties on staff to disclose certain information. The duties should include a duty to disclose information about anyone with whom the member of staff is associated, where there could be a risk to children. Stating expressly in a contract that non-disclosure would be a breach of contract and potentially a disciplinary offence, as well as using this case as an example in training, is recommended to reduce risks to children.