What Are the Risks of PCN Free Schedules? 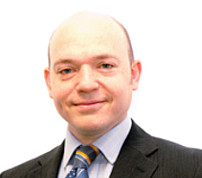 Following last months' tight deadline, a number of GP practices may now be experiencing a false sense of security from having signed the Network Agreement in a short space of time.

With practices given just under a month to have the Agreement in place and difficult decisions made, many opted to utilise online template Schedules, some of which had not been produced by or with the assistance of law firms. Notwithstanding the need to ensure your Schedules adapt to reflect any changes in flexibilities which may arise over the first year, are they already fit for purpose?

Earlier this year, NHSE stated the Network arrangements would be very simple and in standard form, so that legal input would not be necessary. This led to some false assumptions about the level of additional work required by PCNs to ensure the Agreement would reflect their working arrangement. However, when the model Network Agreement was issued, it transpired that the majority and detail of the Agreement was left to PCNs to develop locally and as with any governance arrangement which apportions liabilities, set outs obligations and restrictions and provides for indemnities between the parties, legal advice and experienced drafting will be paramount.

Some commentators have been actively discouraging the use of legal expertise to prepare Network Schedules citing free templates as an alternative solution. This was a bit of an oversimplification. Practices across England are being asked to work together on a contractual basis, in many cases for the first time, and to share liabilities on a scale not see before. It is a common message from specialist GP lawyers to warn of the dangers of not having a partnership deed in place or (indeed an up to date partnership agreement) and litigation lawyers are the only ones who are likely to benefit from any failure to do so. Likewise, the message for PCN arrangements has been that these are complex relationships which need to be properly documenting, and in most cases it was actually far from simple.

As we said at our Bristol Practice Strategy Conference, we felt it was sensible for practices who were up against a deadline, to use the free Schedules provided free of charge in order to ensure they were set up before 30 June. However, in our view these Schedules alone are unlikely to be sufficient. After all, if it were possible to use a standard set of Schedules, NHSE would have provided them in the first place. With that in mind, practices and their networks would be well advised to take proper advice on their Schedules from specialist lawyers once they are under slightly less time pressure.

Key Benefits of a Contract and Understanding its Purpose

There are two key benefits of having a proper contract - everyone knows the first one:

Putting in place a standard Network Agreement with a set of standard Schedules which may not even have been read by all of the parties does not achieve this second main benefit of a contract - particularly given that very few partners will even have been involved. So PCNs who have used standard documents, and do not look again at them, risk being caught out by what they say, and risk falling out with each other.

At VWV we do all we can to avoid making things more complicated than they need to be. But the contractual relationship between multiple unincorporated partnerships is inherently complicated. Some examples of issues not dealt with in the model Network Agreement or some of the template Schedules we have seen are as follows, and it is worth checking your Schedules to see if they deal with these issues (silence is not golden!):

All of the above, and more, are issues which require discussion and buy-in from those involved, before they can be agreed and documented in a proper set of Schedules.

Naturally one is alive to the retort that "you are lawyers - you would say that, wouldn’t you." It is equally the case though that policy makers needing to push through arrangements at blistering pace would hold a line that it is all very simple. In any case, there are complexities here that will not go away by breezily asserting that it is all very easy.

Are your Schedules fit for purpose and do you have Schedules you'd like us to review for you? For specialist advice or any questions about PCNs, please contact Mark Jarvis on 020 7665 0880, or complete the form below.