Higher Education - Sector Stability and Integrity During the Coronavirus Pandemic 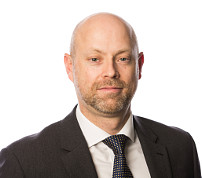 Changes to Right to Work Checks from 6 April 2022

Higher education providers are feeling the effects of coronavirus (COVID-19) and will be concerned about the impact of reduced fee income in the months ahead.

However, the detrimental effects are unlikely to be evenly spread, with some HEIs being better insulated and capable of adaptation than others.

Anticipation of the need to offset losses caused by declining numbers of international students has put renewed focus on recruitment practices. If stronger institutions draw students away from other providers, there is a risk of sector destabilisation which has prompted concern from the Government, sector bodies and regulators. It is also recognised that prospective students need to have confidence that the admissions process will be as fair and transparent this year as any other if they are to enter higher education in the autumn.

As part of its response to the pandemic, the Government has confirmed that English providers will be permitted to recruit UK and EU students for 2020/21 up to a new temporary limit, set at 5% above their forecasts for that period. Up to 10,000 additional student places will also be made available in England, half of which will be for nursing and midwifery and other health related courses at a time when public services are under exceptional pressure.

The UCAS clearing process will be more personalised this year, building on changes introduced in 2019. Branded as Clearing Plus and opening in early July, the system will match unplaced applicants to relevant courses with availability through an online account. Those with a confirmed place will be free to relinquish it and re-evaluate their options by considering their matches. The aim is to provide applicants with more flexibility and control whilst reducing stressful bureaucracy. This will of course be particularly important for students whose confidence has already been knocked by disruption and uncertainty.

Office for Students: a New General Ongoing Condition of Registration

The OfS has launched a consultation on a new time limited condition of registration (E6) designed to prevent conduct specific to the circumstances of the pandemic. The consultation closes on 26 May and it is envisaged that the new condition would come into effect in early June for a period of one year. The application of the new condition may be extended pending further consultation.

The proposed condition would allow the OfS to take action against registered providers for conduct that took place from 11 March 2020, the date that the World Health Organisation declared a global pandemic, where that conduct forms part of a series of events continuing beyond the June implementation date.

The objective is to reinforce the need for providers to act in the best interests of students during these unprecedented times. The proposal is that any form of conduct which, in the view of the OfS, could reasonably have a material negative effect on students and the stability and/or integrity of all or part of the English HE sector may be subject to regulatory action including fines.

The hope is that deterrence and proportionate intervention will prove to be an efficient and effective combination. However, some have already expressed concern that these changes would represent the OfS extending its powers and moving away from the soft touch regulation it promised when HEFCE was replaced.

It became clear at the end of April that the HE sector was not going to receive the £2 billion research funding bail out sought by Universities UK in response to a pandemic driven shortfall, calculated to be £790 million this year alone. Emphasising the economic contribution the HE sector makes to the economy, alongside a promise to reduce costs and embrace restructuring, was not enough to persuade the Treasury to treat HE as a special case.

However, on 4 May it was confirmed that £2.6 billion in tuition fee payments would be advanced in order to protect short term cash flow, together with £100 million in funding for vital research as an initial step. Additionally, providers have been encouraged to make use of rescue loans and the job retention scheme (where appropriate). UUK welcomed these measures but expressed continued concern for the 'strength, capacity and quality of the research base' required to rebuild the economy once the crisis is over.

On 13 May, the OfS announced recurrent funding for the 2020/21 academic year, confirming that £1.192 million was allocated that day to approved (fee cap) providers. The bulk of the money is directed at high cost subjects such as medicine and engineering, with smaller tranches being apportioned to student access and outreach.

Back in 2017, UUK published the Stepchange framework, endorsing a whole-institution response to mental health from HE providers.

On 18 May, to mark the start of mental health week, and at a time when student and staff well-being is again in the spotlight, a refreshed version of the framework was released. Re-emphasising the need for mental health to be prioritised at a strategic level, the framework model is divided into four domains: Support, Live, Work and Learn. Five enablers have been identified: Leadership, Co-production, Information, Inclusivity, Research and Innovation.

A key development is the creation of a new self-assessment tool, which has been developed with the Child Outcomes Research Consortium (CORC) and is designed to align with the Student Minds University Mental Health Charter, launched in 2019. This forms the basis of what will become the Charter Award Scheme, an accreditation process due to launch in late 2020 that will recognise and reward providers for good mental health practice.

Taking the form of a checklist, the tool requires providers to provide a rating (0-4) across a number of specific aspects of the key domains, 0 being 'not started' and 4 being 'best practice'. It is not to be used as a standards framework, but rather as a means to gauge progress and enable focus on aspects of provision that need to be improved.

In broad terms, providers are expected to continue to prioritise the needs not just of students but also staff and to ensure mental health considerations are embedded in both strategy and services.  Given the timing and unprecedented disruption being experienced, it is also recommended that a commitment is made to assessments and coursework that are effective academically without imposing unnecessary stress. The importance of helping those due to make the transition to and from higher education is also covered, with providers being encouraged to work with parents, schools and employers to ensure a joined up approach.

For further support in relation to student issues please contact Kris Robbetts in our Higher Education team on 07795 662796, or complete the form below.