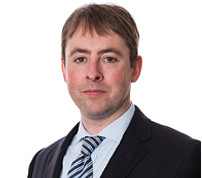 Vaccine Programme "One of the Most Effective Initiatives" Ever, Says Parliament Report

The laws on exhaustion of IPR determine the ability of IPR owners to control the sale of their products after they have been first placed on the market. A key aspect of such exhaustion schemes is the extent to which IPR owners can prevent their products from being traded across borders (ie parallel trade).

The EU operates a regional exhaustion of IPR scheme. This means that, broadly speaking, once a unit of product is placed onto the EEA market by the IPR owner (or with its consent), the rights owner cannot prevent the product from being traded within the EEA. However, IPR owners can prevent traders from importing into the EEA products first sold outside the EEA.

Following Brexit, the UK has become a third country in relation to the EU. This means that IPR owners can prevent trade of products first sold in the UK being imported into the EEA. By contrast, the UK has continued to operate the pre-Brexit exhaustion of rights scheme. This means that traders can continue to import into the UK products which are first sold in the EEA. The UK Government implemented this arrangement as a temporary measure to ensure the continued supply of key products (eg medicines).

The UK IPO is now consulting on the UK's future exhaustion regime for IPR. The consultation is open from 7 June to 31 August 2021. The UK IPO's paper sets out four options:

If you have any views on exhaustion of rights or want to speak with us about parallel trade, please contact Tom Cahill in our Pharmaceuticals & Life Sciences team on 07976 550923, or complete the form below.