Why Is the GPhC Receiving More Fitness to Practise Concerns? 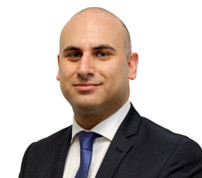 How Is Coronavirus Affecting Clinical Trials and Future Innovation in the UK?

Is the UK Going to Get a Vaccine for COVID-19 First?

Inside AstraZeneca - The Experience As an In-House Lawyer

Coronavirus Will Not Be Eradicated, SAGE Expert Warns

The massive number of fitness to practise (FtP) concerns the GPhC has received are likely to be the result of the coronavirus (COVID-19) pandemic, says lawyer Andrew Andrews.

The number of FtP concerns reported to the General Pharmaceutical Council (GPhC) has risen year on year. This year saw a massive increase in the number of complaints received. The GPhC revealed that it received 380 complaints in March, representing 153 more than it received in March 2019. Then in April, the GPhC reported a 29% increase up to 318 in the concerns it received compared to the same month the previous year.

These reported concerns are then individually triaged. This process may potentially translate into a significant increase in the number of cases that the GPhC investigates, with the more serious of those concerns being referred to the regulator’s FtP committee.

At its meeting on June 11, the GPhC's council was asked to approve its combined 2019-20 annual accounts, annual report and annual statistical FtP report. Once approved and published, the FtP report accompanied by the council’s observations should provide more detailed insight as to the number of concerns raised, matters investigated and cases that have proceeded to hearings.

Read the full article in Chemist and Druggist.

Do you have concerns regarding your pharmacy's obligations? Please contact Andrew Andrews in our Regulatory Compliance team on 07880 336 051, or complete the form below.