What Does Brexit Mean for Life Sciences? 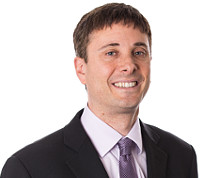 The UK's referendum decision to leave the European Union took a lot of people by surprise.

People in the life sciences sector are wondering what it all means for them. There is currently uncertainty over what sort of relationship the UK will have with the EU in the future and when anything might change. The best practice right now is to carry on with business as usual unless and until anything changes that, and to watch carefully for signs of what may change.

Laws and regulations that are specific to the pharmaceuticals and life sciences sector are still in force. Anything which is coming through, such as the Falsified Medicines Directive, is still on track unless decisions are made to change that.

The basis position is it is business as normal, but anyone in this sector needs to watch developments closely, because there will inevitably be changes. This will only become clear over the coming months.

For more information, please contact Paul Gershlick in our Pharmaceutical Law and Life Sciences team on 01923 919 320.