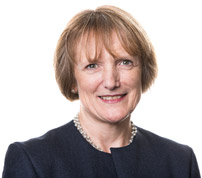 FAQs - Does a Will Trump an Inheritance Act Claim?

How Your Will Is Impacted by Ownership of Partnership Premises

COVID-19 has brought into sharp focus for those who do not have their legal affairs in order, the risk of suddenly falling ill and tragically dying without their chosen beneficiaries inheriting, because they have not prepared a Will.

However, a recent case has cast light on a legal lifeline, known colloquially as 'deathbed gifts', legally-termed Donationes Mortis Causa (DMCs). These can enable a person to legally make gifts in contemplation of their death without a Will.

In Davey v Bailey, Alan and Margaret, a devoted married couple, died within months of each other. They had no children and left Wills which were simple, but not well-thought through. They both left everything to each other with no provisions on who was to inherit from the survivor. Margaret died first and Alan visited his solicitor to draw up a new Will. However, it was not completed before he died suddenly of a heart attack.

As Alan died last, his former Will leaving everything to Margaret failed and his estate fell to be divided under the rules of intestacy, benefitting only Alan's side of the family.

Margaret's sister claimed Alan had gifted the marital home to her as a deathbed gift. She and her brother also claimed that the couple had gifted them a significant share of their sizeable assets before they died in contemplation of their deaths.

The court reviewed the three conditions necessary to determine whether the DMCs were valid:

The judge found several problems with Margaret's siblings' claims, including that Alan's heart attack could not have been contemplated at the time the gifts were said to have been made by the couple. Also some of the alleged gifts were non-specific in nature, excluding the house.

The judge did not allow the claims but noted the sadness of the case and expressed the view:

"…this is a classic example of how the principle (of DMCs) is not to be used as a device to validate an ineffective will."

The ineffective Will was of course Alan's former Will, which led to only Alan's side of the family inheriting the couples' joint assets as on the evidence presented, the couple had intended that both sides of their formerly-close families inherit equally from their estates.

We see countless examples of people leaving it too late to prepare their Wills. Wills should also be reviewed regularly to stay updated. Triggers include marriage, divorce, birth of children, property acquisition or family disputes.

If you or a relative or friend are in urgent need of a Will we are able to provide a swift service. For more information please contact Judith Cuxson in our Private Client team on 07788 313462, or complete the form below.