For Richer for Poorer... the Consequences of Divorce 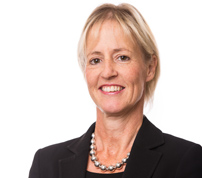 FAQs - Does a Will Trump an Inheritance Act Claim?

How Your Will Is Impacted by Ownership of Partnership Premises

Over the course of a marriage, financial affairs tend to become entangled for numerous reasons, including one party receiving an inheritance or the couple making differing levels of contributions, both financially and otherwise.

Raising children is the most obvious example of this.

A recent case illustrates the approach the Courts are likely to take towards divorcing couples and illustrates how expectations can alter over time.

The Millionaire Racehorse Surgeon and his Wife

Mr Wright was a millionaire racehorse surgeon with an annual income over £150,000. His wife of 11 years did not work but cared for the couple’s two children, aged 16 and 10. Before their marriage, Mrs Wright had worked as a legal secretary.

Sadly, the couple divorced in 2008 and the Court ordered Mr Wright to make maintenance payments of £75,000 each year for his wife and their two children.

The Court’s order was based on the judge’s expectation that Mrs Wright would 'use her best endeavours to develop an earning capacity'  ie get a job, within two years of the divorce, so that she could also contribute towards her own maintenance costs.

After four years, Mr Wright’s financial circumstances had worsened and Mrs Wright had still not got a job. Mr Wright was in his fifties and was unable to make sufficient pension contributions because of the level of maintenance he was paying to his wife, so he applied again to Court to reduce these payments.

Mrs Wright was evasive when questioned about her earning capacity and the Judge said that 'there is a general expectation in these courts that once a child is in year two, most mothers can consider part time work'.

The Court ordered that Mr Wright could reduce his maintenance payments for his wife on a sliding scale over the next six years.

Mrs Wright tried to appeal the decision but was unsuccessful. The Court had imposed an expectation, on divorce, that Mrs Wright would find a job and after seven years she had failed to do so. The onus was now on her to improve her financial situation.

This case may come as a shock to many who would assume that once a financial order has been made by the Court, it would be set in stone. However, this is not necessarily true.

This is particularly relevant to divorcing couples who have school-age children, where one party does not work. However, it will also apply to anyone whose financial circumstances significantly change after divorce; for better or for worse, such as the loss of a job or a significant improvement in salary, which makes it harder or easier to afford the level of payments previously ordered.

Therefore, it is important to receive the correct advice following a relationship breakdown to ensure that you do not miss out on what is rightfully yours.

Our team of family lawyers have many years’ experience in dealing with the financial consequences of marriage and relationship break down and will be happy to advise you.

For pragmatic divorce advice tailored to your individual needs, contact Sally Rushton on 0117 314 5329.