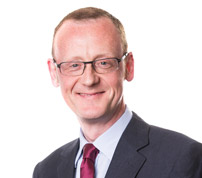 Many more people may have to pay Capital Gains Tax (CGT) if the recommendations of a Government-ordered report are adopted.

A report by the Office of Tax Simplification, commissioned by the Chancellor Rishi Sunak, has proposed bringing the rate at which CGT is paid into line with income tax and scrapping the uplift on death in order to help plug the gap in the public finances left by the pandemic.

What Is Capital Gains Tax and When Was it Introduced?

Capital Gains Tax is broadly a tax on the gain realised on the difference between the purchase price of an asset and its value on sale, or its value when given away. It was introduced by the then Prime Minister James Callaghan in 1965, at a rate of 30% to stop people avoiding income tax by changing income into capital.

What Is the Current Position?

At the moment, CGT is charged at four rates. The rate is 10% for basic rate taxpayers on gains except those on the sale of residential property where the rate is 18%. The rates for higher rate taxpayers are 20% and 28% respectively. Individuals have a personal allowance of £12,300 a year, meaning that no capital gains tax is payable on gains of less than this amount. Trustees have half the personal allowance, so currently £6,150.

The main exemption is the Principal Private Residence relief on the sale of your main home. The value of assets is also rebased on death, so that beneficiaries inherit assets at their market value at the date of death, rather than the value at the date on which they were acquired by the deceased.

What Changes Are Proposed?

What Would Be the Effect of these Proposals?

For more information on the proposed changes to Capital Gains Tax, please contact Michael Knowles in our Private Client team on 07500 601063, or complete the form below.