A Place in the Sun - Succession Planning with Homes Abroad 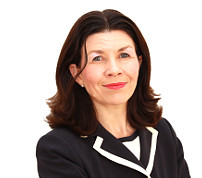 Making a Will in Light of Coronavirus? What You Need to Avoid

Coronavirus - How to Manage Your Personal Affairs

Could Inheritance Tax Be Cut Down Under New Reforms?

What are the issues involved in succession planning, when you have homes abroad?

As the days start to lengthen, thoughts turn to summer and holidays in warmer climes. For some, this will mean buying a holiday home abroad.

Individuals buy property abroad with the intention of enjoying it during their lifetime, and what will happen when they die is likely to be far from their minds. However, those buying second homes overseas should consider succession questions at the time of purchase, and ensure that they understand the legal and tax implications of death, so that, when they die, their estate passes as they wish, and there are no unforeseen tax consequences.

Cross-border estates are complex by their very nature, and while the purchase of a single property may seem straightforward, issues such as domicile and residence, and whether any matrimonial regimes apply, should be considered, in addition to the legal and taxation regimes of all the jurisdictions involved. If the holiday home becomes a permanent one, then further advice should be sought.

A home abroad is a dream for many, but there are many traps for the unwary to be alert to. Advice should be taken on purchase of the property, and should be reviewed regularly, especially if the client’s circumstances change.

Do you need expert advice on succession planning and managing cross-border estates? Get in touch with Angharad Lynn in our Private Client team today on 020 7665 0904, or complete the form below.

A version of this article first appeared in The Law Society's PS Magazine in February 2020.