Frustrated by Brexit? Legal Battle Over Future of Leases After Brexit 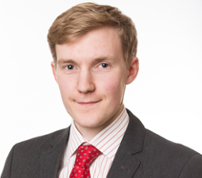 Gas Safety and Eviction - A Sigh of Relief for Landlords

The European Medicines Agency (EMA) and Canary Wharf Group (CWG) are currently locked in a legal battle over the lease of EMA's London office.

The case will have a knock on effect for other parties hoping to escape their contractual obligations as a result of the Brexit decision.

The leave result of the UK EU referendum vote was announced on 24 June 2016. On 20 November 2017 EMA announced that it was relocating from London to Amsterdam because of the UK's decision to withdraw from the EU.

Unfortunately, EMA's lease has nearly 20 years left to run and does not contain a break clause.

A contract can be frustrated if its performance becomes impossible or radically different to that foreseen by the parties through no fault of their own. For example, a contract may be frustrated if the subject matter of the contract is destroyed, or if an expected event does not happen, or if subsequent legislation makes it unlawful to continue to perform the contract.

On 29 June 2018, CWG took the unusual step of applying to the High Court for a declaration that Brexit had not frustrated EMA's lease. EMA has opposed the application.

At a recent preliminary hearing, the court accepted EMA's request to submit expert evidence for consideration. This evidence will include the information that was publically available in 2011 at the time the lease was entered into. The purpose of the evidence is to demonstrate 'how far Brexit would have been in the reasonable contemplation of the parties'.

This case could potentially have far reaching consequences: if Brexit is held to be a frustrating event, many other commercial contracts across a variety of sectors could also be frustrated. This could mean that numerous businesses that are not keen to continue working with or within the UK after Brexit, could find a way out of their contracts and leases. This could have an enormous financial impact on many businesses and business relationships.

The substantive hearing is listed for January 2019. Given the potential consequences of the decision, and the Brexit deadline itself, we will be keeping a close eye on the progress of this case.

If you have any questions about your leasehold obligations, please contact Philip Sheppard in our Property Litigation team on 0117 314 5621.