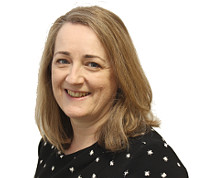 Gas Safety and Eviction - A Sigh of Relief for Landlords

Tenants of commercial leases should be aware of the implications of the service charge provisions in their lease before agreeing terms.

SHAH issued court proceedings for the 2017-18 service charge in the High Court. Blacks defended the claim on various grounds, including that some of the works were unreasonable or had been exacerbated by SHAH, or that they fell outside of the service charge provisions.

SHAH made an application for summary judgment. SHAH argued that the service charge certificate produced by SHAH was conclusive under the lease, and that Blacks had not made any allegations of manifest or mathematical error or fraud.

SHAH was not successful. The Court concluded that the certificate was conclusive only of the costs incurred, and not of the tenant's liability to pay them. The tenant was therefore entitled to question whether the costs incurred fell within the scope of service charge and question whether they were required to pay for the works. The Court placed weight on the fact that the landlord would otherwise have been entitled to be a judge in its own cause, with very limited recourse by the tenant to challenge the sums set out in the certificate.

SHAH appealed to the Court of Appeal.

Was the Landlord's Appeal Successful?

The Court of Appeal overturned the High Court's decision and granted summary judgment to SHAH.

The Court of Appeal held that the provisions of the lease were clear, and that there was no scope to apply a different interpretation. The certificate was conclusive (except for manifest error or fraud) and the lease did not include any provision enabling the Court to decide what services should or should not be included within the service charge.

The Court was not persuaded that the landlord should not be judge in its own cause. It considered that there was advantage to both parties in having a decisive mechanism which would avoid protracted disputes. The Court considered that the terms of commercial leases should be followed literally and that it is not the job of the Court to save a party from an imprudent term or to decide what the parties should have agreed.

What to Look out for in Your Commercial Lease

Similar service charge clauses are commonly found in commercial leases. This case highlights the importance of carefully considering even standard terms. Tenants should consider whether they should have recourse to the Court to determine service charge issues in the case of a dispute, or whether they are prepared to accept the risk of being bound by a landlord's conclusive certificate.

If you have a question in relation to service charges please contact Laura Seaman in our Property Litigation team on 07887 9942797 to discuss how we can help, or complete the form below.