This Is The Modern World - What is the Necessary Modernisation of Leases? 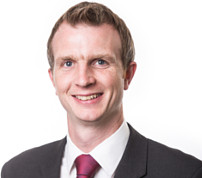 When landlords and tenants are negotiating the renewal of business leases, they regularly devote a great deal of time to agreeing the main commercial terms such as the rent, term and any rent deposit or guarantee.

When heads of terms for the renewal lease are drawn up, they often recite the agreed commercial terms and then make reference to the fact that the new lease is to otherwise be "in the form of the existing lease subject to necessary modernisation". The question is, what might this actually mean?

Depending on when the current lease was granted it may that a number of amendments are required in order to reflect updates in legislation since that time.

Examples of this include the addition of Land Registry prescribed clauses required as a result of the Land Registration Act 2002 and also the 2003 change in the procedure for excluding the security of tenure provisions of the Landlord and Tenant Act 1954 (LTA 1954).

Other changes might be required to ensure the latest statutes are referred to - for example the most recent Charities Act and/or Companies Act.

A landlord might argue that changes in its favour are required to modernise the lease.

The insolvency of the tenant will usually entitle the landlord to forfeit the lease and many leases contain definitions of an "Act of Insolvency". As insolvency practice and processes change over time the landlord might want to update the renewal lease to reflect the latest position. For example, many older leases refer to the old common law remedy of distress, which was abolished in 2014 and replaced with the Commercial Rent Arrears Recovery Scheme (or CRAR).

Energy efficiency can also be important from a landlord's point of view. The new Minimum Energy Efficiency Standards (MEES) that came into force on 1 April 2018 impose obligations on landlords of properties with poor energy ratings (an EPC rating of F or G). As a result of this a landlord may want renewal leases to include provisions that:

(a) allow them to recover from the tenant the cost of upgrades to improve the energy efficiency of the building;

(b) prohibit the subletting of F or G rated premises that would trigger MEES liability for the landlord; and

(c) allow the landlord access to carry out any works required to improve the energy efficiency of the building.

There are other changes that a tenant might suggest are required to modernise the renewal lease.

The tenant could argue that damage by uninsured risks and any contamination/inherent defects should be excluded from the tenant's repairing liability.

Given the increase in flexible working arrangements for many employees, a tenant might argue that it is no longer sufficient for the landlord to provide certain services (for example, heating and cooling or reception staff) only during the traditional hours of nine to five.

Finally, break clauses are an area where many tenants are now requesting significant changes. They will often suggest that break conditions should be removed altogether so that there is commercial certainty about the exercise of a break option. A common compromise from landlords is to agree that the only break conditions are for the annual rent to be paid up to date and for vacant possession to be given. However, even those two conditions can cause significant problems for tenants and can mean the break option is frustrated.

Another common change to break clauses that we now see has arisen as a result of the Marks & Spencer v BNP Paribas case from 2015. In that case the landlord was entitled to retain over £1m in rent that was paid by the tenant before the break date as part of the usual quarterly rent payment, but which covered the period from the break date up to the next rent payment day. Many tenants now require an express clause in the lease that provides for any monies paid prior to the break date, that cover the period beyond the break date, to be refunded by the landlord to the tenant after the break has been exercised.

Most, if not all, of the above amendments can probably be viewed as modernisation. The question on a renewal is, are they necessary? This is generally something for negotiation between the parties and those negotiations can be influenced by whether the renewal is taking place within or outside of the LTA 1954 regime.

For renewals outside of the LTA 1954 the terms are simply to be negotiated between the parties, and the ability of one or both to insist upon amendments to the previous lease is likely to depend on the strength of each party's bargaining position.

Where the lease renewal is taking place under the statutory regime of the LTA 1954 the parties begin by negotiating between themselves, but if they cannot reach agreement then it could be that the Court is asked to determine the terms of the new lease. The starting point for the Court is the terms of the current lease and it must consider that any changes to the existing lease are fair and reasonable between the parties. However, there are various other factors the Court can take into account, including for example whether the party resisting a proposed change could be compensated by an adjustment in the rent.

Law, practice and commercial reality are constantly evolving and it could well be that negotiations over the terms of a lease renewal do not cease with the agreement of heads of terms. The parties to the lease will often have different views about what might be necessary to modernise the renewal lease and in some instances, this can lead to protracted negotiations and delays before the new lease is concluded.

Here at VWV we have a specialist team of commercial property lawyers who are experienced in dealing with lease renewals on behalf of both landlords and tenants.

For more information, please contact Jon Durham in our Commercial Property team on 0207 665 0931.