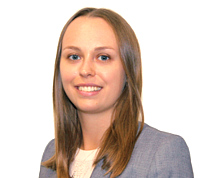 Could the Judgment on a Recent Property Dispute Case Affect My Partnership Tenancy?

Are Ground Rents a Thing of the Past?

Recent revision of the National Planning Policy Framework highlights the importance of design and promotes beauty in development.

The National Planning Policy Framework (NPPF) was first published in March 2012 and later revised in 2018 and 2019. The framework sets out the Government's planning policies for England and how these policies should be applied by Local Planning Authorities. The framework points to guidance in the National Design Guide (NDG) and National Model Design Code (NMDC).

The framework was most recently revised in July this year, following the findings and recommendations of the Building Better, Building Beautiful Commission. The Commission was established with the aim of championing beauty whilst addressing the housing shortage. The Government published its response to the Commission's Living with Beauty report in January 2021, alongside a consultation which sought views on the proposed amendments to the NPPF. The Government's response committed to improving the environmental quality of development in England and ensuring that "high quality design is an everyday outcome from the planning system".

The Commission's report proposed three overall aims for the reform of the planning and development process:

The Government's subsequent revisions to NPPF were designed to make it clearer that "poor quality schemes should be refused".

In summary, the 2021 revisions relate to raising design standards and the quality of new developments, furthering sustainable development aims through climate change mitigation, addressing biodiversity and flood risk issues, and the preservation of historic assets.

In October of this year, an appeal relating to the refused redevelopment of a brownfield site in Barnes, North London into high rise blocks of 307 flats was dismissed on design grounds. The proposed use of the site for housing was not in dispute and the Local Planning Authority agreed that such use was appropriate for the area. The Planning Inspector, Paul Jackson, is reported to have referred directly to both the NDG and NPPF in his decision letter dismissing the appeal. While Mr Jackson found that the Council could not demonstrate the requisite five-year housing land supply, the inability of the proposed development to fit into the local townscape ultimately trumped the land supply issue.

This decision clearly highlights the growing focus on beautiful and sustainable development, even where the type of development is appropriate in principle, and inspectors' willingness to refuse developments which do not accord with the NDG and the aims of the NPPF.

For advice relating to planning issues, please contact Bethan Sykes in our Planning team or complete the form below.