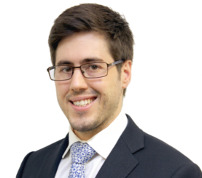 What Does Coronavirus Mean For Individuals Moving House?

Mortgages and Coronavirus - New Guidance for Consumers and Providers

Some of the barriers placed on investors in the commercial property sector are beginning to come down after billions of pounds of investor's money was locked away following the EU referendum result in June.

Uncertainty following the referendum generated a negative effect on market outlook and led to substantial withdrawals from property funds. As a result, shortly after the referendum a number of large property funds suspending trading. Standard Life halted trading first, with Aviva, M&G, Henderson and Columbia Threadneedle following suit. It meant that investors could no longer access their cash held in the funds.

The difficulty with these 'open-ended' funds in an unfavourable market is that as property is an 'illiquid' asset, it cannot be sold readily or cheaply. Property funds can then run into severe problems when many investors try to sell at the same time. The suspension of dealing allowed these property funds to sell off properties from their portfolios in order to restore liquidity and raise cash ahead of a re-opening and investor withdrawals.

Although some funds could remain closed for a while to come, many now plan to reopen in the coming months, and some have already removed the fair value adjustments which were introduced following the referendum result to reduce the value of their property portfolios and prevent investors who redeem their shares receiving too high a value for their shares at the expense of those who stay in the fund. Aviva warned in August that its fund could remain suspended for six to eight months, but the Henderson UK Property PAIF is one such fund which re-opened trading in October.

The forecast for the post-Brexit property market does therefore show signs of brightening, and the re-opening of some funds suggests that the underlying property market is resilient. However, the uncertainty following the referendum result has exposed weaknesses in some of the vehicles in which investors place their funds.

Hendersons for example believe that while "the asset class remains attractive as a portfolio diversifier", they are "examining the best options for increasing the resilience of open-ended property funds to help avoid future dealing suspensions in periods of market distress".

If you would like advice on buying or selling commercial property please contact Rory Young in our Commercial Property Law Team on 0117 314 5683.