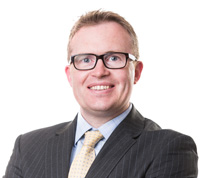 In a keynote speech entitled 'Arbitration: Is it still fit for purpose?', Sir Rupert Jackson considered the possibility of introducing cost budgeting in arbitration matters.

Sir Rupert, who has recently returned to his former chambers to act as an arbitrator following a twenty year career as a judge in the High Court and Court of Appeal, claimed that the current arbitration world was "very different from that which I left in 1998".

One aspect of this different world noted by Sir Rupert was the fact that the majority of construction arbitration work in England now appears to be international rather than domestic. He attributed this to the fact that:

Despite the above, Sir Rupert believes that "arbitration is head and shoulders above litigation" in terms of procedural reform although he admits that it lacks the same level of transparency.

Even so, of the 922 respondents to this Survey, 67% cited "the high level of costs" as "the worst feature of international arbitration". To tackle this issue, Sir Rupert invited his audience to consider the benefits of cost budgeting, at least with regard to lower value claims.

In support of his assertion, Sir Rupert referenced the success of the cost budgeting system within the English courts and also pointed out that "a mild version of costs budgeting already exists in maritime arbitrations".