How Will the Rights of Those Working in the Public Sector Be Affected After Brexit? 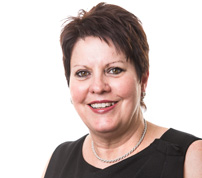 The Government published proposals to EU citizens living in the UK on 26 June 2017 in the expectation that these proposals will be reciprocal for those UK nationals living in countries across the EU.

We look here at what this might mean for your EU national employees, and answer a few common questions on the new proposals.

What Is Being Proposed?

How the new proposals will affect EU nationals will depend on the date the Government decides is the 'specified date'. The 'specified date' has yet to be decided, but has been stated as being no earlier than 29 March 2017.

Assurance is given to Irish citizens that the Common Travel Area arrangements between the UK and Ireland are to be protected.

What application can an EU citizen make to show they can remain in the UK if they arrived in the UK before the specified date but have not yet been resident for five years and therefore cannot apply for settled status?

The Government states they will be allowed to stay in the UK until they reach the five year point but they will need to apply to the Home Office for a temporary residence document to remain in the UK once the UK have left the EU. This will be done during a period of 'blanket permission' which will be a generic umbrella of temporary leave to give EU citizens a grace period between the moment that free movement ends and the time they can obtain their residence document. This period is likely to be up to two years, to start immediately upon the UK's exit from the EU. Once they have been in the UK for five years continuously they will then be able to apply for settled status.

What should EU citizens do who arrive in the UK after the specified date?

For EU citizens who want to come to the UK to live after the UK have left the EU and after the grace period they will have to comply with future immigration controls in place at the time which have yet to be decided.

I Am an Organisation Who Employs EU Citizens - What Should I Be Telling Them?

If your organisation employs an EU citizen at present there will be no change to the rights and status of EU citizens living in the UK. It is only after the UK leaves the EU that EU citizens will need to apply for documentation to prove they have permission to work legally in the UK. The Government state they will be given plenty of time for them to do so and they will engage closely with all sectors on how they will be affected by those changes.

The above is the UK's Government proposals, which will form the basis of their position when negotiating this issue with the EU. There is therefore no certainty at this stage that these proposals will be accepted.

In the meantime, if you have any questions on this please contact Judith Hockin in our Immigration Law team on 0117 314 5302.