Does a teacher have a legal obligation to report an allegation of sexual assault made against him while employed elsewhere? 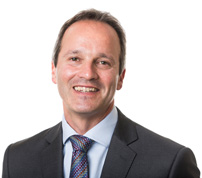 Term Time Only Staff Holiday Entitlement: Are You Prepared for the Supreme Court Judgment?

Homes for Ukraine and Staff Accommodation

How Does the New Charities Act 2022 Affect Your School?

Exams Season 2022 - How to Ensure Your School Is Prepared

Not necessarily, if there is no express or implied contractual obligation to do so, held the Employment Appeal Tribunal (EAT) in the surprising decision of Basildon Academies v Amadi.

Mr Amadi was a part time tutor at Basildon Academy (the Academy). He also worked part time at Richmond upon Thames College (the College) but did not inform the Academy of this despite his contract of employment requiring him to do so.

During his employment with the College a pupil made an allegation against him of sexual assault and Mr Amadi was suspended. The police arrested and bailed him but, ultimately, he was not prosecuted in relation to the incident. Despite the allegation being directly relevant to his suitability to work with children, Mr Amadi did not inform the Academy about the allegation or his suspension. However it came to light some three months later when the police contacted the Academy as part of their inquiries.

The Academy subsequently dismissed Mr Amadi for gross misconduct on the basis that, he had deliberately withheld the sexual assault allegation and his employment at the College.

Mr Amadi brought a claim for unfair dismissal. The Employment Tribunal (ET) found that the terms and conditions of Mr Amadi's employment did not include an express obligation to report the allegation of sexual assault, nor was there an implied duty to disclose such an allegation. The ET therefore held that in the absence of any contractual duty to disclose, the dismissal was not within the band of reasonable responses open to the Academy and Mr Amadi's dismissal was unfair.

On appeal by the Academy, the EAT upheld the ET's decision.  The EAT agreed that Mr Amadi's failure to disclose the assault allegation was not a breach of an express contractual term. It also considered that while there may be some circumstances in which an employee will owe an implied duty to disclose his misconduct, this was not automatic and it was not the case that 'an employee must disclose to his employer, in the absence of an express contractual term requiring him to do so, an allegation however ill-founded of impropriety against him'.  On this basis, the EAT concluded that Mr Amadi had not been under any obligation to inform the Academy and therefore his dismissal for not making the disclosure had to be unfair.

In reaching its decision, the EAT considered that Academy's code of conduct which included an obligation to comply with 'national standards' in safeguarding and recognised that this may have required Mr Amadi to report the allegation. However, the Academy had failed to present the national standards it sought to rely on and therefore the EAT could not make a decision on this. The EAT acknowledged that had such evidence been presented, the case could have been decided differently.

This decision understandably may come as a surprise to those working in the education sector, given the importance of safeguarding. The case highlights that teachers and other employees are not under an implied duty to disclose any allegations of a safeguarding nature made against them or any other wrongdoing.

Schools should therefore ensure that their employment contracts, codes of conduct and employment policies all include express terms requiring disclosure of any wrongdoing or alleged wrongdoing, including any incidents arising from alternative employment or outside of work which may have a bearing on the employee's employment with the school. If a failure to disclose an allegation of wrongdoing will be considered grounds for dismissal, employment contracts and disciplinary policies should explicitly say so. Schools should also make sure that they can readily produce this documentation should the fairness of a decision to dismiss be challenged at the ET.

Our employment contracts already contain an obligation on staff to report wrongdoing and our latest update has suggested an amendment to ensures that also covers all allegations (even if they are denied by the member of staff).