Effective Security for Unpaid School Fees - All is not Lost! 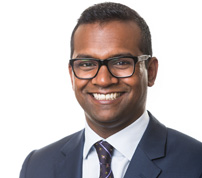 However, new legislation coming into force later this month will change the way in which these legal charges should be documented.

The voluntary legal charge process offers an amicable solution to parents in financial difficulty where costly and time consuming court action may be considered to be the usual course of action to recover unpaid school fees. The voluntary legal charge process can help to preserve the relationship between the school and parent whereas litigation can lead to a breakdown in that relationship.

Both parties can benefit from this collaborative approach. The school has the benefit of security for the debt, and can be safe in the knowledge that they should be able to recover the unpaid fees in the future should the parents have sufficient means to settle the debt - usually when the property is sold or the parents remortgage.

Changes are now coming into force which affect the granting of voluntary legal charges. In very broad terms, the Mortgage Credit Directive (MCD) (which takes effect in the UK from 21 March 2016) broadens the types of arrangements that require authorisation by the Financial Conduct Authority (FCA) so that this now includes legal charges over residential property which are securing the payment of outstanding fees owed to a school. This has retrospective effect and, as such, existing legal charge arrangements concerning outstanding fees should also be examined before they are enforced.

Therefore, we have developed additional documentation to make use of the exemptions and exceptions under the MCD, and allowing the charge mechanism to still be used.

Previously a legal charge was entered into to secure the payment obligations in the parent contract. Now we recommend that a separate agreement is entered into between the parties (in addition to the legal charge) which sets out the new payment dates for the debt owed. This agreement sits alongside the legal charge and ensures that the new payment arrangements fall within the exemptions in the legislation - one of which being that interest cannot be charged on the debt.

The Future for Legal Charges

Despite these additional complications, this is not the end for voluntary legal charges. The voluntary legal charge (and the settlement agreement that sits alongside it) still remains a viable solution to converting that bad debt into a realisable debt where the parents are willing to cooperate.

In the past few months, we have helped several clients recover unpaid school fees of a significant value using the voluntary legal charge mechanism.

If you would like to explore the voluntary legal charge process in more detail, please contact Robin Rajanah in our Independent Schools team on 0117 314 5255.