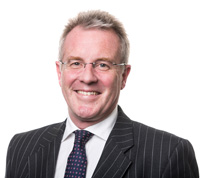 University Finance Directors and School Bursars should be aware of upcoming reform of benchmark interest rates in the United Kingdom, particularly for those schools with long term loans based on the sterling LIBOR rate of interest.

Over time, this will, in many cases, require some renegotiation of terms.

University finance directors and bursars will need to keep the developing situation in mind - probably on their 'important but not urgent' to-do list at this stage  - in the context of their university's or school's long term funding plans, existing and future.

Although it remains very widely used (in 2017 it was estimated there were some $350 trillion of finance contracts referenced to LIBOR worldwide), LIBOR's reputation has suffered since the 2008 financial crisis. In the summer of 2017, the then head of the Financial Conduct Authority, Andrew Bailey, announced plans to transition away from LIBOR. By the end of 2021 banks will no longer be compelled to provide input data for reference rates.

LIBOR will not disappear overnight - $350 trillion of contracts will take a long time to unwind - but new benchmark rates are being put forward to take over from LIBOR.

In the case of sterling, the Sterling Overnight Index Average (SONIA), in fact an existing published rate, has been proposed to replace LIBOR.

In June 2019 NatWest announced they were the first UK bank to start trialling a new SONIA-based loan product and later publicised its first SONIA-referenced bilateral loan to National Express.

What You Should Do to Prepare

If the LIBOR rate is no longer available from 2022, there will need to be changes to any outstanding LIBOR linked loans you may have. It will be worth looking at the terms of your existing facility agreements now to see how this will be dealt with by your bank. Typically, where the rate is or becomes unavailable, the bank can unilaterally apply a reasonable alternative rate of its choosing. These provisions are often framed as part of standard 'market disruption' clauses.

You could also ask your bank to keep you updated on its plans for replacing LIBOR, and whether that is likely to involve significant renegotiation of your existing facilities. As we move towards 2021, market trends and practice will become clearer, but changes will need to be planned well in advance.

For more information on how the replacement of LIBOR could impact your university or school, please contact David Emanuel in our Corporate Law team on 020 7665 0848, or complete the form below.