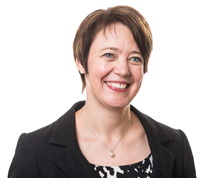 Following the widely publicised death of George Floyd in the USA, as a nation we have entered a period of protest, introspection and debate on the subject of racism and Britain's colonial past.

Schools in the UK appear to be coming under particular pressure to act to address racial bias and inequality, including calls for positive action to improve the diversity of staff and governors, to rename schools and their buildings and to 'decolonise' curricula.

In letters published in The Independent newspaper on and since 1 June 2020, a group of former pupils have suggested that independent schools, whose alumnae include notable public figures and business leaders, have a particular responsibility to produce 'balanced and unbiased individuals'. We understand that some schools have also been approached variously, and in some cases collectively, by alumni, pupils, parents and staff, calling for them to take a leading role in tackling these issues. This has resulted in a number of related enquiries for advice, including new allegations of racism, discrimination and harassment of staff and pupils.Some of these have been framed as complaints or claims, often made on a group basis; the resurgence of complaints which had been closed, in the face of allegations of institutional racism and widespread support for the BLM movement and its stated objectives.

Issues of equality and diversity pervade the legal framework within which independent schools operate and so, whilst part of the current discussion concerns social responsibility, at an operational level, it is also a matter of legal compliance, with the attendant risks that any failure to meet fundamental legal standards carries. We would recommend therefore that schools consider the implications of the renewed public focus on these issues and of feedback they have received carefully, ideally at Board level. We have helped several Boards consider this by preparing papers for their summer term meetings. Careful liaison with local authorities and with pupils, alumni, parents and staff is also prudent - with the aim of reassuring stakeholders of the school's intention to listen, reflect on the feedback received and decide how best to proceed. Allegations of racism, past or present, may have caused, or have the potential to cause, harm and should be treated as safeguarding issues and managed and reported in accordance with the school's safeguarding policy.

There are some steps which can and should be taken, if not already actioned, such as the encouragement of all stakeholders to report concerns about racism and inequality, to support those who do so and to instil confidence that appropriate action will be taken; and education about the issues and training in how to manage them (including in unconscious bias).

If the school wishes to investigate or review matters, careful thought should be given as to the scope of any such process, for example:

how the school's proposals and any reports obtained should be shared.

Should you have any queries about your school's response to these issues, please contact Tabitha Cave in our Regulatory Compliance team on 0117 314 5381, or complete the form below.